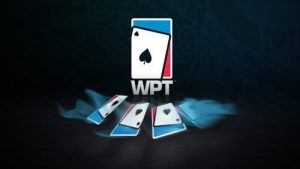 The WPT has been acquired by Hong Kong-based social games developer Ourgame, as a step towards building a global social gaming brand. (Image: calvinayre.com)

Ourgame, which specializes in multi-platform card-based social gaming primarily for the Chinese market, said that the acquisition was a first step towards building a global social gaming brand.

Rumors of the sale of the tournament series have been circulating since bwin.party took its WPT-branded online poker site, WPTPoker.com offline.

The move comes despite an ongoing high-powered bidding war for the ownership of bwin.party.

In one corner is 888 Holdings, which has submitted a proposal to acquire bwin.party in its entirety in a cash and paper bid.

In the other, a joint €1.5 billion ($1.7 billion) offer from Amaya Inc and GVC Holdings, which would ultimately break the company in two.

No Effect on Bwin Bidding War

Bwin said today that the sale of WPT would have no effect on these negotiations.  “WPT is a non-core asset of the group,” said a spokesperson, and its sale “is wholly consistent with the group’s increased focus on our real money gaming and technology business.”

WPT began life in 2002, the vision of attorney turned TV producer Steve Lipscomb, who remained its CEO until 2009, when it was acquired by Party Gaming, which merged with bwin shortly after, for $12.3 million.

Under bwin’s management the series has grown from 16 WPT Main Tour stops to more than 70 events across the world, with the addition of WPT Alpha8, WPT National and WPT DeepStack events.

“World Poker Tour is unquestionably the global leader in organizing world-class poker events, and we are very proud to acquire one of the world’s greatest brands,” said Ourgame CEO Frank Ng.

“WPT, with Ourgame as its new owner, will continue to expand its already impressive global presence, bringing poker and gaming entertainment to cities and homes around the world via television broadcasts, mobile devices, card tables, and more.”

In December 2014 Ourgame bought the right to license WPT products and services in over a dozen countries across Asia, including China, Macau, Malaysia and the Philippines.

The two companies worked together on the creation of the WPT China, late last year.

“Having already established an exciting partnership with Ourgame, a high-growth company led by an enthusiastic group that is fully invested in the global growth of the sport of poker, we are delighted to now become a fully-integrated member of the Ourgame family,” said WPT President & CEO Adam Pliska.  “I want to thank bwin.party CEO Norbert Teufelberger and bwin.party CFO Martin Weigold for all of their support over the last six years, and for helping facilitate this agreement.”