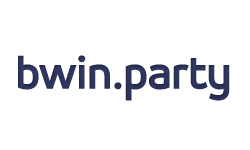 Bwin.party expects to be affected by the European Union’s Value Added Tax (VAT) to the tune of €15 million ($17.2 million) following new regulations that were implemented January 1, 2015.

Previously exempt from VAT, changes to the law now levies a charge on electronic gambling regardless of location, an amendment expected to cost online casino operators tens of millions of dollars.

Although the new rules could offer some flexibility in mandating the tax, bwin is wasting no time in warning shareholders to expect the large liability on the digital entertainment company’s 2015 bottom line.

Who Pays the Price?

In addition to bwin.party, PokerStars will also be impacted due to its large French-playing population.

Before the recent changes, France exempted gambling from a VAT.

The paramount question on players’ minds is, “Who will ultimately pay the tax?” While operators are staying relatively mum on that subject, Jay Dossetter, head of media relations at bwin.party says, “We are looking at ways we can mitigate the losses. But, there are no plans to change the direct player experience given to the issue at the moment.”

That’s good to hear, but should be taken lightly considering shareholders and key executives will ultimately decide who pays the price.

The general feeling is that players in EU states should expect changes coming in the near future, whether it be through reduced benefits, increased entry fees, or ongoing elevated costs.

A $17.2 million tax certainly won’t bode well with investors, especially considering that number could substantially grow as bwin takes mitigation action, something the company says it plans to do.

The safe bet might just be on players being the ultimate recipient of the value added tax.

So if it’s been around for decades, why is bwin complaining? Bwin.party is headquartered in Gibraltar, a British Overseas Territory.

Since it doesn’t reside within the official boundaries of the European Union, bwin has avoided paying VAT on its partypoker and bwin networks. With VAT now sanctioned based on where the poker player is instead of where the company is, bwin.party’s tax loophole will close.

And with 26 percent of its pool based in Germany, the country’s 19 percent VAT rate will add up quickly.

Value Added Tax is a broad consumption tax placed on goods and services customers receive within the EU’s 28 member states. VAT is a percentage of the sale price and can differ from country to country, similar to state tax rates in America.

However, VAT rates average around 20 percent, significantly higher than in the United States.

No, unless the 60s seem like just yesterday! VAT was first adopted in 1967 and has undergone a series of directives since.

Do all countries participate?

Yes, all 28 countries are mandated to enforce a consumption tax in accordance with VAT guidelines.

In the past, VAT law allowed gambling operators to only pay the value added tax based on the country in which its corporation was located.

Now, operators are forced to pay the tax based on where the customer consumes the product.