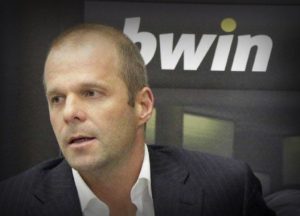 bwin.party is looking to make some big moves after posting its newest, disappointing financial results. Like any other company, bwin is not immune to a market that has a tendency to constantly shift focus. For any online gaming operator, capturing the attention and continued business of players is crucial to success. One risky acquisition might pay off in spades, while some other business decision causes a significant loss.

Sometimes the key to success is taking failure in strides and knowing how to recover from it. Though bwin has taken a hit, the operator is readying changes that hope to bring it back on the rise. From consolidating business to refocusing its brands, bwin has high hopes for profit going into next year.

Operations in New Jersey are attributed to a good deal of the losses in bwin’s financial statement, yet poker is the most underperforming aspect for the company. The number of active players and daily average players are down 11 percent. New player sign-ups are also down by 4 percent. bwin’s other operations, such as sports betting, bingo and casino games, took less of a hit.

bwin.party CEO Norbert Teufelberger spoke on the losses saying, “We are on-track with our current cost saving measures, however it is clear that a more fundamental approach is needed to turnaround our commercial and operational performance.”

Teufelberger says that the company is now focusing on simplifying its business structure, reducing costs and focusing on customers in regulated markets. Part of these changes was already reflected in a change in management structure introduced earlier in the month.

Additionally, bwin will take its corporate, product-led approach and switch it to one that is brand-led. For the European market, this approach will see bwin as the primary brand for B2C and be supported by brands like Foxy Bingo in the UK. For the US, the WPT and party brands will be used and the company will further focus on the growing market. By spinning off the company in this way, bwin could allow for “alternative financing structures in the future,” according to Teufelberger.

Amaya Gaming’s recent purchase of PokerStars’ parent company Rational Group has also caused a shift in the online gaming industry, according to Teufelberger. Though Bwin’s primary focus is improving business with the current restructuring, Teufelberger admitted the company will be active in reshaping the industry in the future if it will deliver further value.

bwin is aiming to raise €40 million ($52.5 million) to help further consolidate the business and advance growth. Much of this will be done by selling off and disposing company assets. bwin’s 40 percent stake in Vienna-based operator Betbull was recently sold.

The Kalixa payment processing business is also being targeted in multiple ways. bwin is focusing on building third-party revenue through Kalixa but sees the potential for an initial public offering if the business reaches a set target revenue.

An additional €15 million ($19.7 million) in savings during 2015 has also been identified by bwin. A reduction in staff costs, outsourced services, scaled down marketing and adjusting spending on poker initiatives are all part of this plan.