Bwin.party, the online gambling giant, is still in talks to sell some or all of its business, and now says that talks with potential buyers have reached a new stage.

That news comes at a time when bwin.party is dealing with what it calls “challenging conditions” that have cut into online poker revenues for the company. 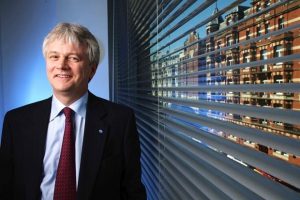 Bwin.party’s Philip Yea says that a sale is still in the works, but that nobody is in a rush to force anything to happen. (Image: Ben Gurr/thetimes.co.uk)

“The board has entered into a further stage of discussions with each party with a view to assessing the relative attractions of these proposals,” bwin.party chairman Philip Yea told reporters.

CEO Norbert Teufelberger said that both soft European online poker markets and the blocking of gambling websites by the Greek government for the entire year were to blame. That was enough to make the company take a pre-tax loss of €97.9 million ($104 million) for the year, just one year after posting a pre-tax profit of €51.9 million ($55 million) in 2013.

While the company actually brought in slightly more money per active player (about a three percent increase), the fact that active player days were down 31 percent for the year was a much bigger factor in the bottom line.

And although the company appeared to actually be pleased with its results in New Jersey, which were seen as one of the few bright spots in the poker landscape, that wasn’t enough to offset poor results elsewhere in the world.

Another area that’s proved disappointing for bwin is mobile gaming.

Most companies are starting to realize the promise of mobile gambling on phones and tablets, which almost everyone agrees will someday be the dominant way of connecting to Internet poker and casino games. But for bwin.party, only 10 percent of the company’s poker gaming revenues are now coming from mobile play.

That small percentage is curious, considering that bwin has done well in attracting mobile sports bettors, with 45 percent of revenues on that side of the business coming in through mobile play.

These challenges and others are likely the motivating factor behind bwin.party’s current search for a buyer. 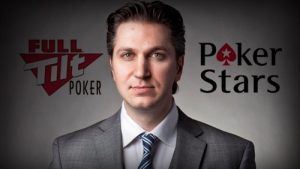 Stories about the possibility of a sale began circulating last November, when the company confirmed it was in preliminary talks with “a number of interested parties” in response to speculation that Amaya Gaming might be considering purchasing its rival.

William Hill has also been rumored as a potential suitor for bwin.party.

According to Yea, there is no rush to close a deal, and possible buyers are also biding their time on the possible purchase.

“We’re testing them against each other and against business as usual,” Yea said to the Financial Times. “We think the industry has good reasons to consolidate. But just because we’re ready to discuss it, it doesn’t mean everyone else is.”

In stock trading, following the release of these financial results, bwin.party shares fell to a low of 74.30 pence ($1.11), the lowest price for the stock in more than five years. However, the price recovered a bit in afternoon trading, finishing with a slight increase of less than one percent for the day.