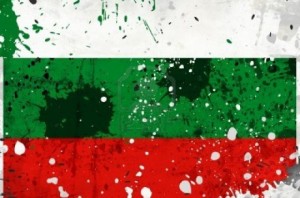 The Bulgaria blacklist continues to grow with another 16 online gaming-related domains added in recent weeks. The Bulgarian State Commission on Gambling (SCG) continues to demonstrate that it will block domains and publicly blacklist them for disrespecting current laws.

When the July 2012 online gambling laws went into effect, most companies refused to comply due to high taxes assessed to operators applying for licenses. However, a reduction in those taxes and fees last year, as well as the launch of the blacklist, prompted many online gaming operators to apply for proper licenses. For those who continue to attempt to avoid that process, the SCG delivers a message of blacklisting for noncompliance with the regular updates to the list.

The latest update to the blacklist released by the Bulgarian regulator includes several prominently linked companies. Luxbet.com is an online wagering site owned by Tabcorp, which found its primary Australian domain added to the list as recently as last week. McBookie.com is a Scottish sports betting site that is under the BetVictor umbrella of websites.

The majority of the ten sites added to the list are licensed in some parts of the world, whether in Malta, Curaçao, and Gibraltar, though Bookie-bob.com is not registered. Many of the sites also use software and games content from reputable companies like Playtech, Micrograming, Net Entertainment, and Yggdrasil Gaming.

This latest round of blacklisted sites joins others added in the past few months, like sites owned by RedBet Gaming, Cherry, and Sportingbet.

One of the very first sites to obtain a license from the Bulgarian regulator and see its domain removed from the blacklist was partypoker. That happened in October 2012. PokerStars then became the first poker-only online website to receive a license from Bulgaria in February 2014 when it officially launched PokerStars.BG.

PokerStars proved that the regulatory process for Bulgaria was not as prohibitive as some indicated, as PokerStars.BG was set up to share the international player pool with its dot-com network, while still complying with Bulgarian laws.

Betfair was also among the sites to apply for licenses when the Bulgarian Parliament reduced the taxes for licensing and invited sites to join the regulated environment.

Meanwhile, the SGC has the cooperation of many entities within the country to not only add non-complying sites to the blacklist, but also to block Bulgarian players from accessing them. Local Internet service providers are required by law to block the sites, and the process has been successful by most accounts. Companies that now have licenses, like PokerStars, are said to be thriving in the new market.