Bulgaria: From Blacklisting to Licensing 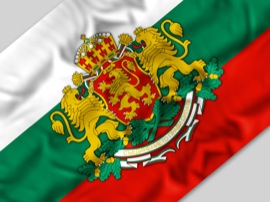 Following a year of blacklisting gambling sites, Bulgaria has now evolved to a new regulated and licensed online system.

Bulgaria is serious about its new Gambling Act. After several years of trying to decide on its place in the global gambling market, the country has finally begun issuing licenses for companies to legally offer online gaming to its citizens.

The Bulgarian State Gambling Commission busied itself in 2013 compiling a list of online gambling websites to add to its ever-growing blacklist. By December, there were 172 sites on the list. But events soon changed when the Gambling Act passed its second parliamentary reading, and the focus switched to licensing and helping companies move from the blacklist to the regulated market.

Lawmakers in Bulgaria realized that the Gambling Act needed updates, and new proposals were debated in 2013. Budget committee Chair Yordan Tsonev initially suggested the amendments in the hopes of encouraging companies to comply with its laws and participate in its regulated, taxed system. The amendments went through changes throughout the year until the final proposal was offered.

The changes to the Gambling Act included a one-time licensing fee of the equivalent of €50,000 and 20 percent tax on the difference between bets made and winnings paid, instead of the previous 15 percent tax on all revenues. Games of chance were put into a different category from games like poker, and required to pay a 20 percent tax. While there were still to be strict regulations on advertising for Internet gaming sites, the primary hurdle for companies wanting to offer services in Bulgaria was lifted. They were also allowed to apply for licenses online instead of sending delegates to the country itself.

Just weeks after the Gambling Act moved forward through Parliament, online gaming companies began working with the State Gambling Commission to comply with the new laws. French company Winamax was one of the first to meet the requirements after PartyPoker accomplished the task, and Winamax was removed from the blacklist in January after spending three months on the banned list.

PokerStars and Betfair then applied for license applications within days of the Winamax news, both having been some of the first to join the blacklist. In approximately two weeks, PokerStars announced that it received the country’s tenth license and the first online poker room to do so. PokerStars’ parent company Rational Group issued a statement, noting “the company’s commitment to be among the first companies to enter regulated markets when licenses become available.” PokerStars then revealed that it will relaunch its PokerStars.bg website from which Bulgarians can access the poker tables.

“Bulgaria is full of promise,” the company’s statement added.

Betfair’s approval followed shortly thereafter, as it was authorized by the State Gambling Commission to offer betting on sports, horse racing, and dog racing, as well as online casino games.

With major sites like PokerStars, PartyPoker, Winamax, and Betfair taking the lead, other sites are now approaching Bulgaria with license applications. The country responded in kind by officially publishing the new fees and gaming taxes to show the benefits of considering the new law.