Bryn Kenney is less than a month away from going wire-to-wire in the 2017 GPI Player of the Year race, holding onto a slight lead over Adrian Mateos heading into December. 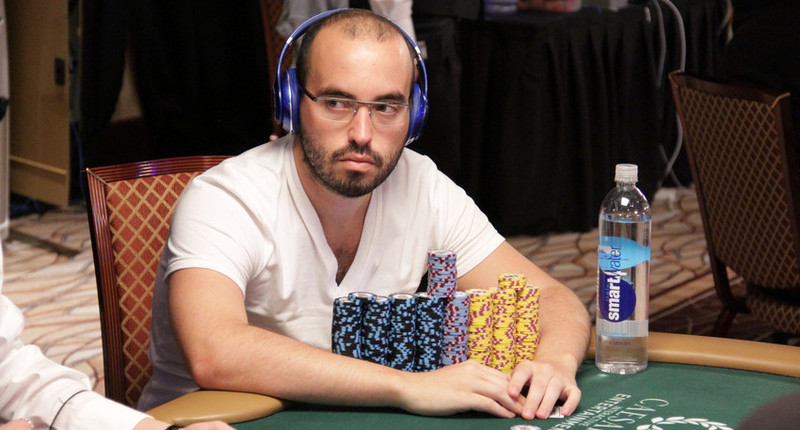 Bryn Kenney holds a slim lead over Adrian Mateos in the 2017 GPI Player of the Year standings heading into the final tournament fields of the year. (Image: Sporting News)

The New York native began the year with a dominating performance in the Bahamas at the PokerStars Championship, winning two events and cashing in four others, banking a total of $1.8 million in tournament prizes during the series.

But Kenney didn’t stop there. He won $501,000 for 4th place in a February Triton Super High Roller event in the Philippines, scooped a $25,000 buy-in Aria high roller for $300,000 in April, and then picked up his biggest score ever, $1.95 million, later that month for winning the PokerStars Championship Super High Roller in Monte Carlo.

Kenney has a total of 28 tournament cashes so far in 2017. On Monday, he took 3rd place in a $10,000 NLHE at the WPT Five Diamond World Poker Classic at Bellagio (for $44,800), which was just enough to edge past 2017 WSOP Main Event champ Scott Blumstein for the most tournament winnings this year.

And he wasn’t done making trips to the cash-out cage. On Thursday, Kenney went out of the WPT Five Diamond $100,000 Super High Roller in sixth place, which was good for another $234,000, bringing his total winnings for 2017 over $8.4 million.

Not a bad year.

But in the fall, Holz took a break from poker, which allowed David Peters to squeak out a POY title in the final week of December.

Another close race that is heating up involves all-time tournament money winner. Daniel Negreanu, of course, holds that position, with $34,333,815 in lifetime winnings. But Erik Seidel, who has put up more than $2.18 million in wins in 2017, is now less than $1 million away from Negreanu, with a career total at $33,198,641.

However, Negreanu is about to gain some separation once the $100,000 Super High Roller at Bellagio concludes on Friday. He entered the final day as one of five remaining players, which means he’s guaranteed at least $312,000, with the potential to win $1.4 million.

Seidel’s last tournament cash came at the Asia Championship of Poker in Macau, where he finished in 8th place for $93,559.

That 6th place finish for $234,000 put him ahead of Scott Blumstein for most money cashed in 2017. What a sick year Bryn Kenney has had.

Daniel plays and behaves very fun and it bribes. His game is always interesting to watch. And his successes strike the imagination.