Bryn Kenney jumped out to an early lead in January for Global Poker Index’s Player of the Year. He’s held steady at the top since, but a few players are in position to give him a run for his money. 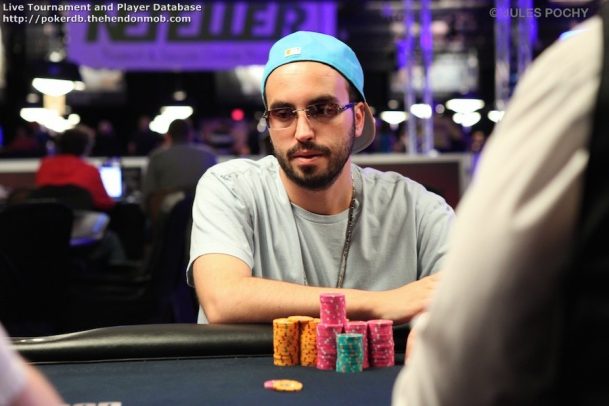 Bryn Kenney is on a heater, holding on atop the 2017 GPI Player of the Year leaderboard since January. (Image: highstakesDB.com)

Kenney is merely a couple of big wins away from having a Fedor Holz-like year. Holz won more than $1 million in three events in 2016, along with numerous six-figure cashes. Last summer, he won two major events including the WSOP One Drop High Roller and finished 2nd in the $300,000 buy-in Super High Roller Bowl.

Bryn’s 2017 performance hasn’t quite reached that level … yet. But he has more than half the year remaining to catch up. Kenney got off to a phenomenal start in January, cashing in six events at the PokerStars Championship Bahamas, and taking home two high roller titles.

Three weeks ago, he booked the biggest score of his career in the £100,000 buy-in Super High Roller at the PokerStars Championship Monte Carlo. He was the last man standing and won £1,784,500 ($1,946,911). He now has more than $17 million in live tournament winnings, ranking him 10th all-time among American players and 15th internationally.

Kenney can’t expect to coast to victory. Just ask Holz, who had a seemingly insurmountable lead last year in August, but ended up losing in the final days of the year to David Peters. Holz didn’t play many tournaments beyond October and it cost him the title.

The GPI Player of the Year is determined by a point system that rewards players for deep tournament runs and big-money cashes. Scoring changes in 2017 have included awarding more points for players in tournaments with less than $1,500 buy-ins, and increasing the minimum field size to 32, which limits the ability of super high rollers to climb the leaderboard by beating relatively tiny fields for huge prize pools.

Peters, the defending champion, currently ranks 49th (1,320.37). He’s off to a decent start to the year, but doesn’t have any major wins in 2017. But all it takes is a month-long heater to put him in contention to defend his title.

As a high-stakes pro for the past few years, Kenney’s finally coming into his own as one of the best in the game.

In a recent interview with Poker Central’s Remko Rinkema, Kenney opened up about some multimillion-dollar swings and other mistakes he’s made. The New Yorker said he’s gone from millions to having to borrow money to play cards.

But Kenney has built his bankroll back up to seven figures and has gone on a sick heater the first five months of the year. Maybe this time, he’ll hold on to what he’s got within his grasp.