At age 83, Doyle Brunson is still racking up awards. Last Monday, the poker legend was inducted into the Big Country Athletic Hall of Fame, a Texas organization that honors athletes and provides scholarships for standout achievement in a 19-county area of Texas that Brunson calls home. 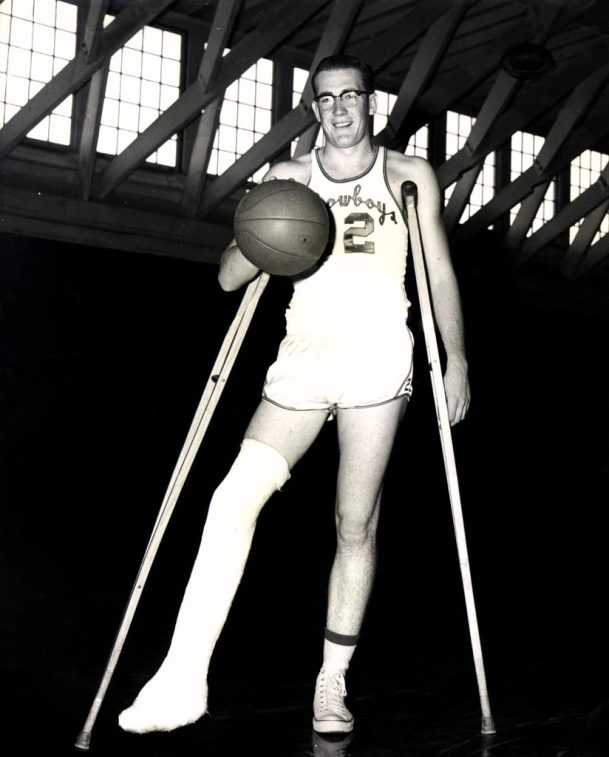 An injury would sideline Doyle Brunson’s hopes for a promising basketball career, but may have given poker its most identifiable legend. (Image: DBPN)

Ask longtime residents from Abilene, Texas, what they think of Brunson, and it may take a while before they mention poker. In the 1950s, the two-time WSOP Main Event champion was a standout player in both high school and college basketball in Abilene before becoming a legitimate NBA prospect.

“I’m honored, because the [Big Country Athletic Hall of Fame] is from where I grew up and I know the names of most of the people who are in it” Brunson told the Abilene Reporter-News. “Most of the people in it who I knew personally have died. But I’m very honored because it’s from Texas.”

Brunson did not attend the event in Abilene, citing health issues, but did send along a video acceptance, voicing appreciation for the award..

There was a time when Texas Dolly was known for his prowess on the basketball court. At Sweetwater High School, he earned All-State honors in basketball. He was the second highest scorer in the Class 2A state basketball tournament in 1950, and was the Border Conference MVP as a junior after scoring 428 points in 28 games.

Brunson also was a good runner. He won a Class 2A high school state championship in track for the mile, which he ran in 1950 at 4 minutes, 38.1 seconds.

After high school, he continued to play basketball at the college level for Hardin-Simmons University in Abilene, Texas, where he enjoyed great success. According to Sports-Reference.com, the poker icon averaged 12.5 points per game in 33 games in 1952-1953.

That team went 19-12 overall and won a share of the Border Intercollegiate Athletic Association (BIAA) championship with an 11-3 record. The University of Arizona, now one of college basketball’s top programs, split the league title with Brunson’s squad. Hardin-Simmons went on to compete in the NCAA Tournament one year but lost in the first round to Santa Clara.

From Hoops to Poker

Brunson would briefly entertain visions of a career as a professional basketball player. He was a highly touted draft prospect for the Minneapolis Lakes before an injury dashed any hopes for making it to the NBA.

With pro basketball no longer a viable career path, Brunson had to figure out how he would make a living. Not so interested in a spending his life working a blue-collar job in a small Texas town, Brunson turned to poker.

He had learned a little about poker while in college, and after graduating from Hardin-Simmons, he began playing the card game that would win him millions, inspire him to write books, and eventually define his life.

Brunson would go on to win the WSOP Main Event in 1976 and 1977. He over the years won 10 WSOP bracelets, to put him second on the all-time list, behind Phil Hellmuth (who has 14) and tied with Phil Ivey and Johnny Chan.

Over the years, Brunson has played in some of the biggest cash games in the world, and has proven to be one of the game’s most iconic players to appear on television. He was inducted into the Poker Hall of Fame in 1988. His son Todd Brunson would eventually join him, receiving the honor in 2016.