Broadway cares about more than just putting on a good show. 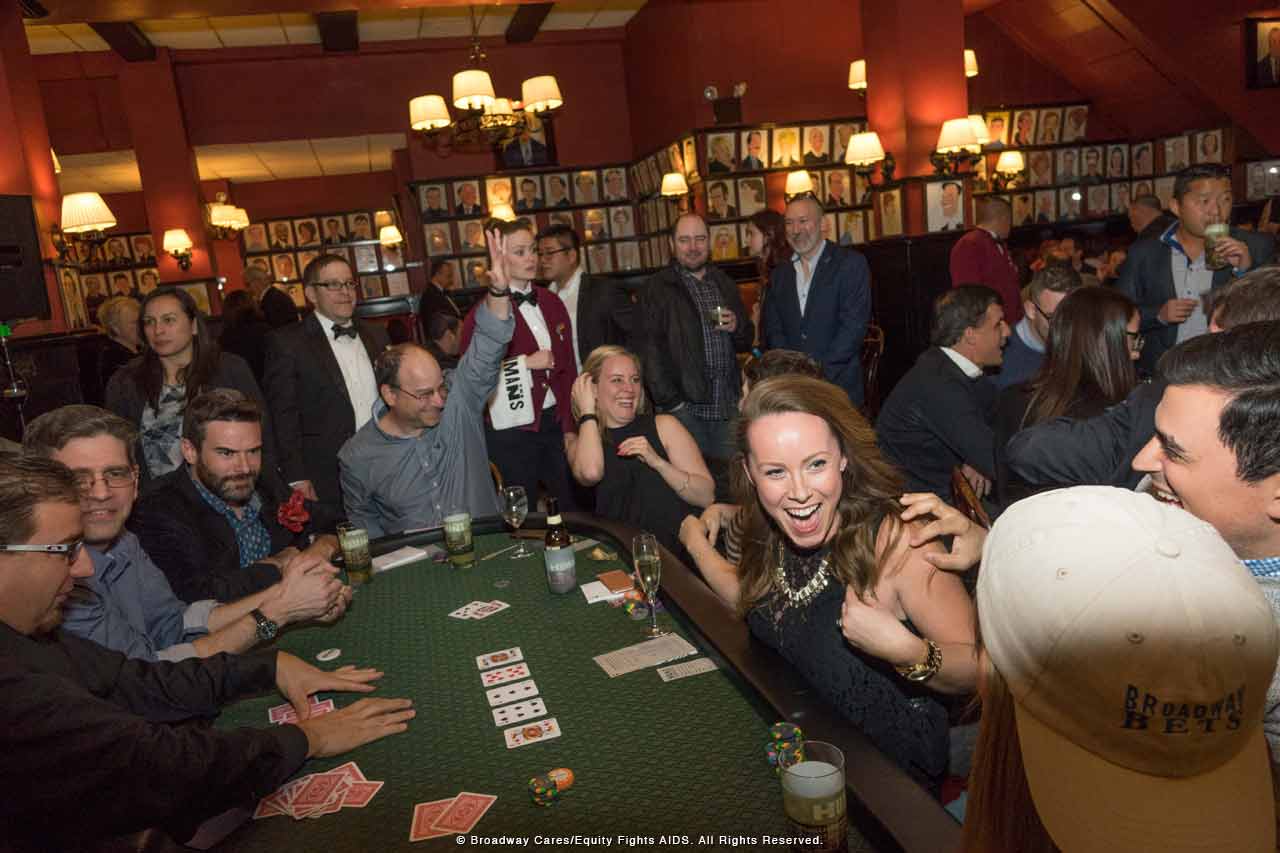 The fourth annual Broadway Bets charity poker tournament will be hosted at Manhattan’s Sardi’s restaurant on May 14. (Image: playbill.com)

On May 14, the popular Manhattan theater district will host the fourth annual Broadway Bets charity poker tournament at the famous Sardi’s restaurant to raise money for the Broadway Cares/Equity Fights AIDS charity, a non-profit that provides assistance to people with AIDS and HIV.

Cards are scheduled to go in the air at 8 pm following a 7:30 cocktail reception. Broadway stars, industry insiders, and theater fans will compete for prizes and bragging rights. But what’s most important is to raise money for a great cause.

The event is open to everyone, not just the talented Broadway stage performers. A single admission tournament buy-in costs $500, which includes food, beverage, and a $350 tax-deductible charity donation. Spectators can make a $150 donation, which includes dinner and drinks along with access to casino games but does not include a poker tournament entry.

Tickets for mega-donors range from $1,500 to $25,000 and include additional perks such as extra tournament entries for guests and, for the Royal Flush package, a company logo on the restaurant’s signage during the event.

Prizes will be awarded to everyone at the final table.

Martin, known for playing goofy characters in slapstick comedies such as “The Jerk,” is one of numerous celebrities who participate in this annual tournament.

The money raised through this annual poker event is a small but significant part of the charity’s efforts. Broadway Cares/Equity Fights AIDS, founded in 1993, has raised more than $285 million for AIDS-related causes across the United States.

Poker has done so much good for society. Pros such as Vanessa Selbst, Phil Hellmuth, and Daniel Negreanu, have used the game to raise money – millions of dollars – for charities.

Selbst, who recently semi-retired to work for a hedge fund, hosts a Justice is Blinds charity poker tournament that raises funds for The Urban Justice Center, a non-profit that provides legal assistance to New York City’s most vulnerable.

Hellmuth and Negreanu regularly emcee charity events, encouraging participants to donate to the cause. The Poker Brat, who will host Tiger Woods’ annual Tiger’s Poker Night charity tournament in Las Vegas on May 14, proudly claims to have helped raise millions of dollars for various organizations.

There are many other philanthropists in the poker world (Dan Smith, Bill Perkins, Dan Shak, etc.) who deserve recognition for their charitable efforts, but space is limited.

These types of games are very necessary. Poker is not only thoughtless gambling. Poker is mindset. In my country poker is still restricted and we playing often playing charity poker tournament. Our government is slowly seeing. They now know that texas holdem is not the same with poker from gambling machine. People are good recognized after this what they give to others from myself. Not only cash to me and me! Good comes back and poker river is with us! 🙂
In Apr 7 on PokerStars will be charity poker ID: 2243852571. It’s worth seeing if we’re ready to this?!