Brian Reinert is a familiar face on the poker circuit, but he was MIA from this year’s World Series of Poker. Turns out he was dealing with some health issues and then had to contend with the California wildfires. The good news is that he’s back. 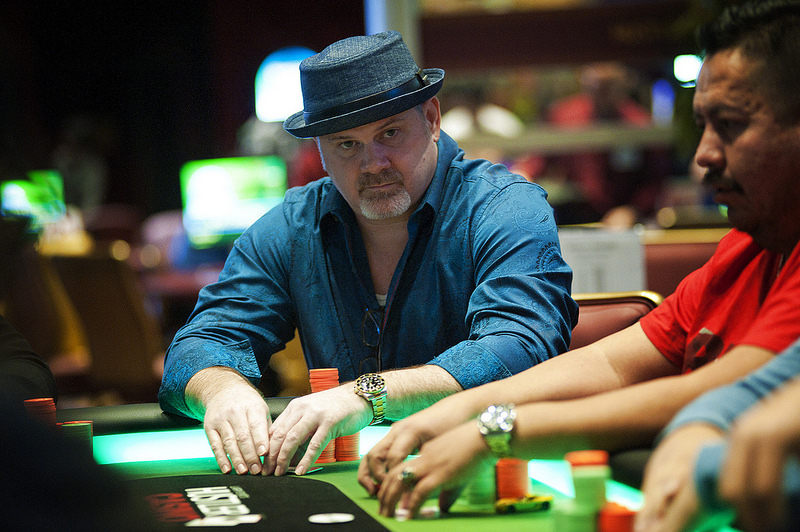 Brian Reinert recently returned to tournament poker after some health issues, and he’s picked up right where he left off. (Image: WPT)

No Wine-ing About Poker

In 2012, Georgia’s Brian Reinert found himself at the final table of a World Series of Poker Circuit Bicycle Casino $345 no-limit hold’em event. During three-handed play, the recreational cash game player was two outed and had to settle for $7,325 in prize money. It wasn’t the result he wanted, but it was one that changed his life.

“I only played cash games with a couple exceptions starting in 2012,” he says. “Prior to that, I didn’t understand playing every day for 10+ hours and not making any money. I’d rather play cash, but after getting two outed, I got the tournament bug.”

Since then, Brian Reinert has amassed $551,344 in lifetime winnings, including two WSOP Circuit rings and $182,853 for finishing third in the 2014 World Poker Tour Bestbet Jacksonville Bounty Scramble.

“It was a pretty awesome experience playing on TV, against the best in the country,” Reinert said of event. “I really gained a lot of confidence that I could play at that level.”

Facing cold Michigan winters and being subject to four older brothers growing up, card games became a way of life in the Reinert family. When he was 18, he moved to California and put his knowledge to use by both playing poker and hosting a game on the weekends. Before long, he took up seven-card stud in local card rooms, which is really where he cut his chops.

For two decades, Brian Reinert worked in corporate management while playing poker on the side. After some success on the felt, the father of three, and grandfather of two, left his job to not only play more poker, but to start his own business, Reinert Wine Consulting.

“We produce The Reinert Project Wines and we broker other supplier’s wines to retailers here in the US,” said Reinert. “We sell about 120,000 cases a year. I also produce the Reinert Project wines out of Napa and Monterey California. My cabernet is called ‘ALL IN’ and all my labels are poker themed with a poker chip and card suits on label.”

While Reinert had some recent poker success, which you’ll read about below, he didn’t fare so well in California not long ago.

“The vineyard where I buy my Cabernet fruit from for The Reinert Project on Atlas Peak in Napa was destroyed by wildfires,” he revealed. “The 2017 will be the last year from that source. Luckily the fruit had already been harvested just a few weeks prior to the fires so at least we didn’t lose the vintage.”

During the first week of this year’s WSOP, Reinert discovered a mark on his chest. He went to a doctor, and a biopsy revealed he had melanoma. A week later, he had the first of what ended up being three surgeries.

“I’ve had every organ and every inch of my body checked and it had not spread,” he said. “Hopefully it’s all behind me, but I will have blood work and skin tests every three months for next couple years to ensure it doesn’t reappear. I learned a valuable lesson not to let things just go without having them checked out.”

As a result, Reinert found himself missing the WSOP and unable to play tournament poker for many months. Then, in October, Reinert was in Michigan launching his wine when he saw the Mid-States Poker Tour was hosting the 2017 MSPT Michigan State Poker Championship at nearby FireKeepers Casino. 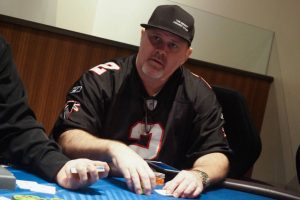 Reinert opted to make the trip over from Detroit, and he ended up being a part of the largest poker tournament ever held in Michigan history with 1,067 entries. Reinert made it to the final table and competed for large chunks of the $1,033,490 prize pool.

“I will play more,” Reinert said of the tour. “The low rake is attractive, you have great turnouts, and I love to travel to play in places I haven’t been before. I’ve played all over the world, places like Prague, Dublin, and South America, and that keeps poker exciting. I love to travel for both business and poker.”

GREAT ARTICLE !!!!! MUCH MUCH LUCK WITH CARDS, AND MUCH MOOOORREEE WITH HEALTH !!!!

Great read. Brian is truly a renaissance man. You can get his wines shipped to your house by visiting http://unum.mybigcommerce.com/reinert-project/
They will have you going “All In”!