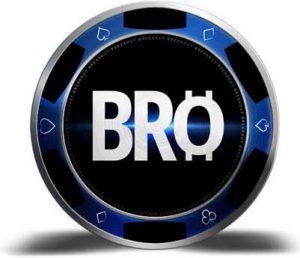 Breakout Gaming is bringing in top poker names to support the launch of its Breakout Coin cryptocurrency and gaming platform. (Image: breakoutcoin.com)

Breakout Gaming is gearing up for the launch of its cryptocurrency and online gaming platforms in a big way. The initial announcement of the company’s plans, social media campaign, and promises of innovation has generated a lot of attention. Breakout Gaming is spreading its influence into many markets with the Breakout Coin, specifically targeted at the highly profitable gaming space.

Yet the Breakout Coin is one of Breakout Gaming’s many plans. Plans for a poker room, a gaming site featuring 88 different casinos games, and a custom-built Fantasy Sports betting platform, show the company wants to make waves.

Breakout Coins will be available for purchase starting October 21 and the gaming site is planned for release shortly after. To drum up further interest in the gaming platform for poker players, Breakout has signed some top poker names to act as ambassadors.

“We are going to shake up the gaming community with the world’s first cryptocurrency that has a dedicated ecosystem for its coins,” said 10-time WSOP bracelet winner Johnny Chan in a press release. “We felt there was an untouched niche for digital currency enthusiasts to play digital games such as Poker, Blackjack, and Fantasy Sports, all while investing in the long-term opportunity of Breakout being the next go-to gaming destination.”

Cryptocurrencies such as Bitcoin have gained recent widespread popularity. However, the main issue with the digital currency is a lack of ways to spend any coins potentially earned. Breakout’s “ecosystem” allows Breakout Coin owners to use the currency at its gaming sites. Additionally, an in-house exchange will seamlessly convert Bitcoins to Breakout Coins with methods in place to prevent hackers from entering the servers.

Jay Berg, Breakout’s CTO, is responsible for developing Bergstake, the technology the team develops around.

“The supporting players on both our sponsored team and internal team are in place, giving us confidence that this project will truly revolutionize crypto-gaming as a whole,” said Berg.

Expanding the Way to Pay

Berg sees the Breakout Gaming as the biggest platform ever created to push the adoption of a new type of cryptocurrency. For the company, the Breakout Coin will make an enormous impact on both gaming and how cryptocurrencies are used.

With the launch of Breakout’s site, players and users will be able to conduct proper research about the Breakout Coin. Information on how to become a part of the cryptocurrency’s ecosystem will be provided. Even with a few days before the launch of the Breakout Coin, Breakout’s site features a wealth of comprehensive information and an extensive FAQ.

“In life, we are always being told to work hard in order to play hard,” said sponsored player Jennifer Harman in a press release. “At Breakout Gaming we’re offering the opportunity to have these two sides meet in an intelligently designed investment and gaming platform. It’s like an online gaming playground for the ‘cryptos’ of the world.”

Why is there no mention of where this site will be available? It is a big issue, especially for people in California.