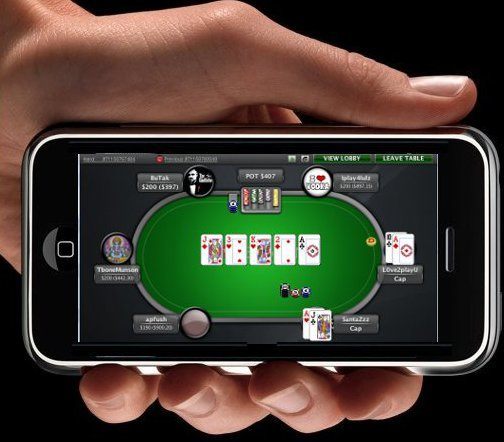 Despite earlier reports, amendments to Brazilian law have likely not outlawed online poker play in public in the South American country. (Image: bet-mobile.net)

Brazilian online poker players can probably relax if they were worried about the possibility of facing punishment for playing Internet poker while out in public.

Despite a rash of stories earlier in the month about a change to Brazilian law, it seems as though an amendment to an existing statute shouldn’t have any impact on poker players, and that the stories about this law may have turned into a bigger flap, at least in Brazil, than the law itself.

The saga began start of August, when several online poker news outlets (including our own) reported on a change to Article 50 of Brazil’s “Lei das Contravencoes Penais,” which roughly translates to “misdemeanor law”. Under the new law, penalties ranging from 2,000 to 2 million Brazilian real ($560 to $560,000) could be levied against someone gambling in a public place through the Internet “or any other means of communication.”

To many, that brought up an obvious problem: couldn’t this impact people who play online poker on their smartphones and tablets? Thus, the story went around the world: look out online poker players, because Brazilian authorities might come after you if you hit the virtual felt in public!

But as is often the case when it comes to legal matters, the truth of the situation required a broader understanding of the law itself. Soon after the story was published, we received word from sources that the new law might not have anything to do with public poker playing at all.

For instance, Ari Aguiar of ESPN and ESPN Brazil contacted us just a few days after our report, pointing out that even the amended law was unlikely to impact online poker play in Brazil.

There is also the matter of reading the entire article itself. Section Three of Article 50 points out that for the purposes of this law, a game is only considered gambling if “the gain and loss depends exclusively or mainly on luck.”

This would seem to suggest that poker wouldn’t be impacted. In 2012, the Brazilian Ministry of Sport listed poker as a sport on its website, pointing out that the game “requires intelligence, ability and intellectual and behavioral skills to succeed.”

Getting the Ministry of Sport to make such a declaration was partly the result of an effort by the
Confederação Brasileira de Texas Hold’em (The Brazilian Confederation of Texas Hold’em, or CBTH). Representatives from CBTH also published a news release in order to clarify what they believe the new law does, and what it does not do: namely, that it doesn’t impact poker in Brazil.

“Poker does not qualify in the concept of gambling displayed in Article 50 of the CML and therefore, as extensively provided in Brazilian jurisprudence, studies, reports, decisions and legal opinions…Poker is not subject to the provisions of Article 50,” wrote CBTH CEO Igor Trafane.

The release also pointed out that the changes to Article 50 were made as part of a law aimed at regulating soccer clubs, making it highly unlikely that there was any intent to target or impact poker or other gaming activities.

bravo for online poker in brazil !

COngrats !!! 😛 for proofing they were wrong