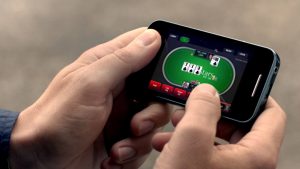 This story was based on a possible interpretation of a law written in 1941, which referred to playing poker at an actual table.

We would advise our readers that the legal standing of this particular law is a subject for attorneys, and in no way should this article be construed as legal advice.

We recommend that if you are travelling to Brazil that you consult with local law enforcement before joining a game on your phone or tablet.

We regret any confusion this may have caused our readers.

Despite once ruling that poker is a game of skill, Brazil has now made it illegal to play online poker in public.

While many poker fans were forced to check their calendars to make sure it wasn’t April Fools’ Day when the news broke, it has since been confirmed that the Brazilian authorities weren’t joking when they decided to update their laws on misdemeanors.

According to an official document published on JusBrazil, it is now illegal to ante-up in an online poker or casino game in a place accessible by the public.

What exactly promoted this shift in law is unclear, but it seems as though anyone caught playing poker via Smartphone or tablet in a public place will now be charged.

At the most severe end of the punishment spectrum, if other misdemeanors are involved, a player could face a three month prison sentence.

The move comes as something of a surprise given Brazil’s poker history.

Aside from harboring a number of world class players, the country declared poker a game of skill back in 2012.

Following a push by the Brazilian Conferederação Texas Hold’em (CBTH), the Brazilin Ministry of Sport agreed to list poker as a sport on its website.

Stating that the game required a number of skills in order to achieve success, it looked as though Brazil would be willing to use this definition to create a regulated iGaming climate.

“Poker is a competitive practice in which the participant requires intelligence, ability and intellectual and behavioral skills to succeed,” read a quote from the Ministry.

However, since that time Brazil has remained in a state of legal limbo with regards to iGaming regulation.

Despite the senate being in favor of regulation, a statement from Senator Ciro Nogueira in 2014 suggested that it could take years for a legal framework to come into existence.

Acknowledging the benefits of the online industry, Nogueira was in favor of regulation but said that the process would take “many years.”

Although the latest legal change won’t be seen as a backwards step, it is, if nothing else, a confusing change of tact given the apparent popularity of online poker both among the government and the general public.

Do it in Private

Although we don’t know why Brazil has decided to outlaw public displays of online poker, it’s always fun to speculate. So, with that in mind, here are some potential reasons why you can’t ante-up in the open:

Don’t Offend the Kids: The new laws could have been devised to protect minors from anteing up.

Tilt Riots: Another reason for the ban could be the fear of tilt. Maybe the government thinks mass hoards of tilting grinders could cause a riot.

Stick ‘Em Up: If someone is winning thousands of dollars via their phone in full view of the world it could be a security risk. Or, it could simply be a way to prevent people from getting too jealous.

It probably has the same effect as texting and fill in the blank. It is causing accidents and workplace inefficiencies. Either way someone with power complained about it after it affected them.

Yeah I don’t play online poker in front of my wife’s family or guests. I should move my poker setup outside of my living room *facepalm*