Chinese gaming company Boyaa Interactive is bringing its live poker tour to Europe as the links between East and West grow ever stronger. 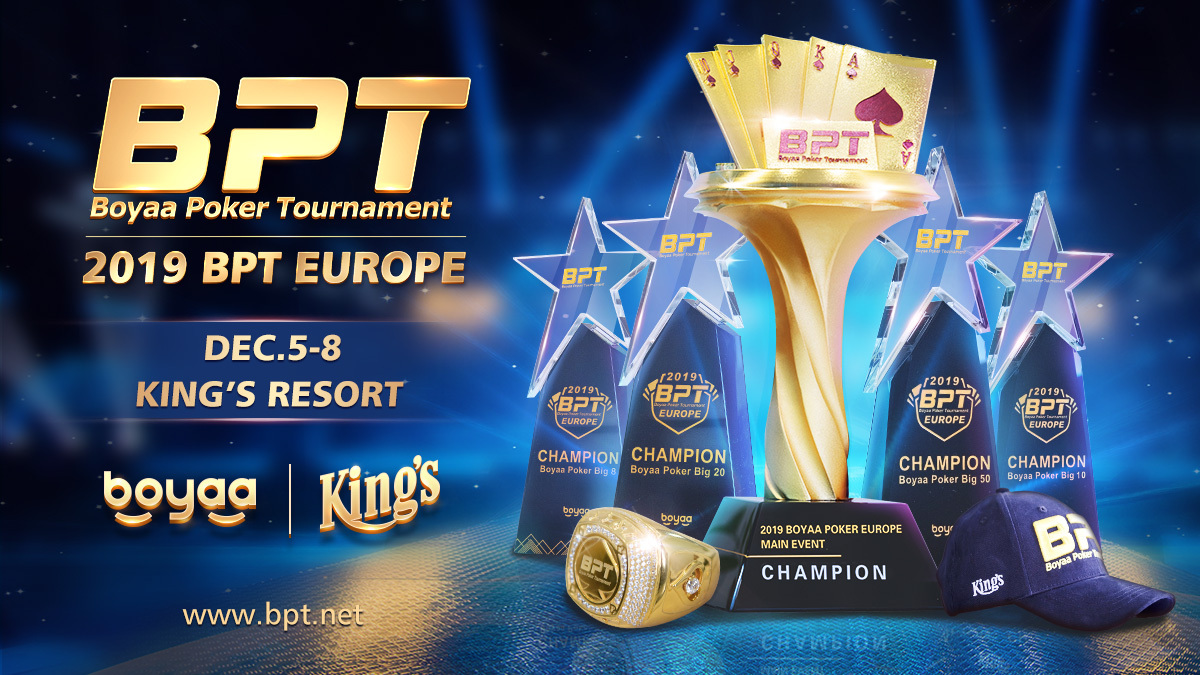 Now in its sixth edition, the Boyaa Poker Tournament (BPT) will leave Asia for the first time since its inception in 2015.

Fun for All at King’s Casino Rozvadov

Owing to the increasing number of international players taking part in the event, Boyaa will roll its bandwagon into King’s Casino Rozvadov next month.

After recently hosting the World Series of Poker Europe (WSOPE), and now seen as a leading European destination, King’s will welcome BPT players from December 5.

Running for three days, the festival will feature a selection of affordable events, and a total guaranteed prize pool of €200,000/$220,600. Boyaa plans to bring its social gaming ethos to the event in the form of special promos and flashy trophies.

For those at the felt, BPT Europe is another chance to play for a six-figure prize pool in a quality setting. For the industry as a whole, Boyaa’s crossover is potentially more significant.

As a Hong Kong Stock Exchange listed company, Boyaa has a sizeable presence in its native China and throughout Asia. Providing a range of social online card games, it has products across all platforms, and more than 530 million registered players.

Taking an event to Europe is designed to enhance its reputation as a leading gaming provider. However, it will also create another way for Asian gamers to experience live poker.

Poker is illegal in mainland China. Despite that fact, players from across the country are starting to achieve success in the game.

With poker gaining momentum in China, BPT Europe has the potential to become another lure that brings more players into the game. In essence, the tie up is an East meets West scenario.

Boyaa Interactive can draw upon its vast userbase to create a bustling live event, while King’s Casino provides the venue and experience in hosting live events.

This combination of strengths could lead to more Boyaa Interactive followers testing out the company’s online poker products and, in turn, BPT tournaments.

Although the industry is in the midst of an upswing, nothing lasts forever. Without a constant stream of innovations and fresh blood, another downturn could be just around the corner.

Asian companies, such as Boyaa Interactive, are opening new doors that could keep the upswing going for many more years to come.

It is good that more and more new players appear and, accordingly, prize money will grow.