Retired British boxer and Partypoker ambassador Carl Froch has proved he’s still a knockout artist after taking down an online high roller over the weekend. 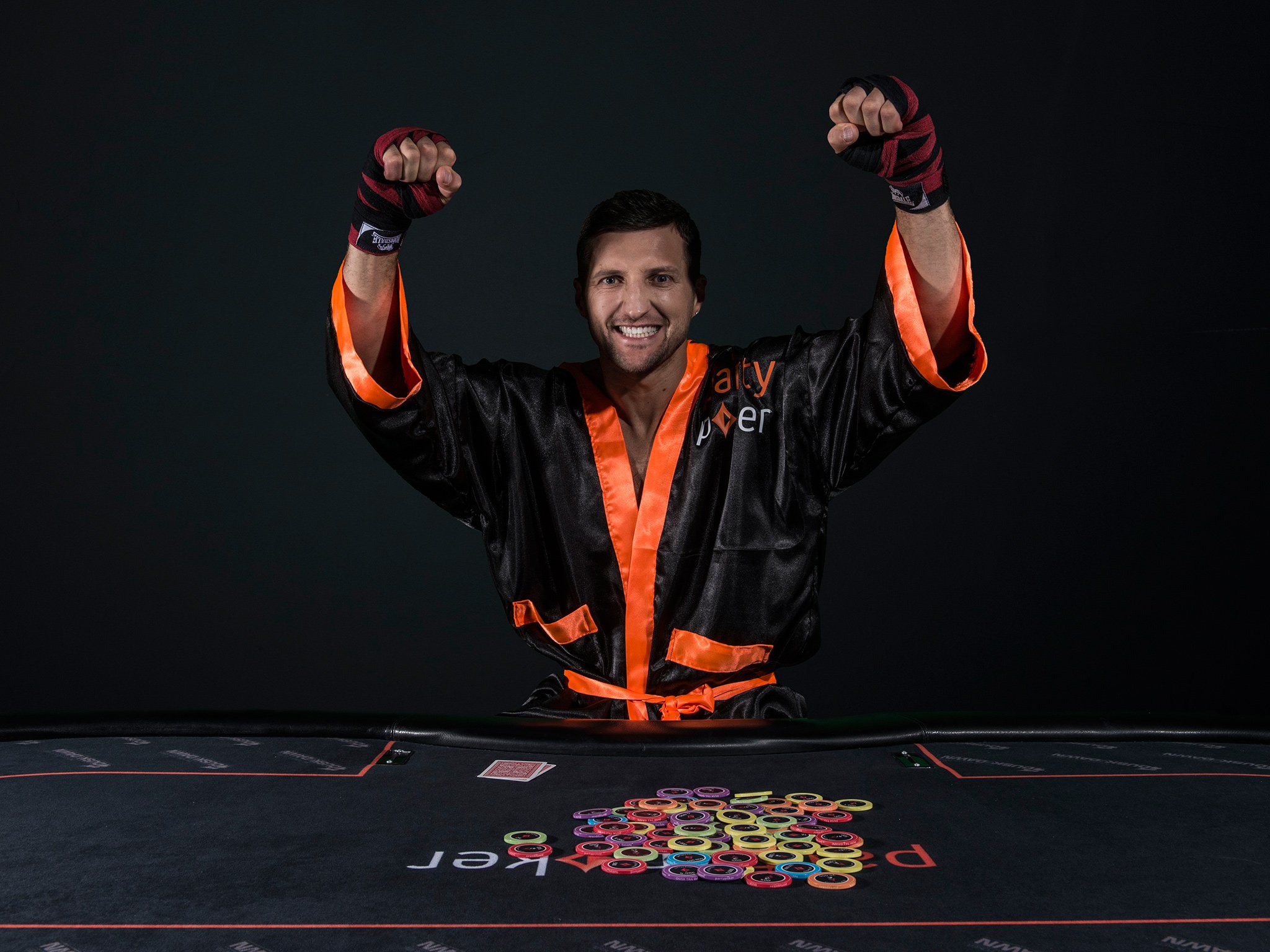 Lining up alongside 73 other entrants, Froch came through the $530 MTT unscathed to pick up his first Power Series title and $12,040 in prize money. Although it’s a modest win by high roller standards, the score is more than double his earnings in the live arena.

Partnering with Partypoker in 2015, The Cobra notched up two scores the same year for a combined payout of $5,937. For his efforts on January 12, he banked more than that in bounty payments alone as he ousted online pros such as omgitsgiraf and Doyle_B.

By the time the Power Series High Roller had come to a close, the puncher’s knockouts had earned him $6,177 to go along with the $5,863 he scooped for being the last man standing.

The performance will go down as the ex-boxer’s finest at the felt and may serve as a source of inspiration for David Haye. The former cruiserweight and heavyweight world champion signed a deal with Grosvenor Casinos in August 2018 but hasn’t quite matched his achievements in boxing.

Aiming to take part in the 2019 GUKPT Goliath, Haye put his newly acquired skills to the test in the coastal city of Blackpool back in November. Paying $210 to take part in a side event, the knockout artist was left battered and chip-less after just three hands.

Watched by his mentors and Grosvenor pros Joe Beevers and Katie Swift, Haye appeared to abandon all previous instructions and play on instinct.

The disappointing result was a harsh first lesson for the Englishman, but Froch’s recent win should offer some form of comfort.

Although crossovers between boxing and poker might not be instantly apparent, a number of sporting icons have made the move in recent years.

In fact, as well as providing a competitive outlet for the likes of Cristiano Ronaldo, Neymar Jr and Froch, sports stars have provided poker brands with mainstream exposure. By entering into business relationships with the famous faces, PokerStars, Partypoker and others have tapped into new markets.

What’s more, creative PR teams have demonstrated the similarities between poker and sport, thereby giving the game a wider appeal to the general public.

Although Froch’s online win isn’t likely to make the headlines of The Times, it serves as another reminder to casual observers that poker is a game of skill enjoyed by competitive types.