Borgata Fake Chip Scandal Resolved, But is it Really Fair? 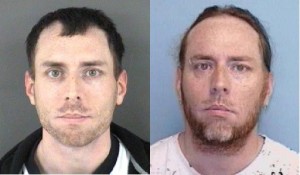 The New Jersey Division of Gaming Enforcement (DGE) certainly had its work cut out trying to find a solution to the Borgata chip counterfeiting scandal. How do you quantify the ripple effect that one miscreant may have initiated by introducing waves of fake chips into a tournament of 4,824 players?

How do you determine which players in that gargantuan field were adversely affected by the toxic injection of fraudulent stacks and which weren’t? Well, you can’t; the DGE may as well have been searching for the God Particle or looking for dark matter with a slotted spoon. However, the DGE has probably come up with about as equitable a solution as possible under the circumstances.

For those of you not up to speed, the Borgata Winter Open $500 + 60 NLH Big Stack event was suspended – and later cancelled – with 27 players left on January 18th, when it was discovered that the aforementioned rogue chips were in circulation. The perpetrator, a North Carolinian named Christian Lusardi, was subsequently arrested, having aroused suspicion by attempting to flush 2.7 million in fake tournament chips down the lavatory of his hotel room at the nearby Harrah’s resort.

Lusardi’s antics clogged the pipes, flooding the rooms of the guests below and compromising his ambition of becoming the greatest card cheat since Titanic Thompson. He currently languishes in an Atlantic City jail, awaiting trial for charges that include theft and rigging a public contest.

But enough about him. The Borgata and the DGE were stuck with the thorny issue of how to redistribute the prize money fairly – all $1,721,805 of it – and now they’ve finally come up with a solution.

The DGE has resolved that 2,143 entrants who failed to cash should be paid back their buy-ins plus entrance fees, a total of $560 each. These were players who theoretically might have come into contact with Lusardi, because they were playing in the same room as him at the same time. That includes all those who were playing on Day 1a from 10 am, but not those who played in the Event Center and were eliminated before 4.30pm, when Lusardi was moved to a table in that room.

Now, despite the fact that he was awarding himself his own re-buys and add-ons, Lusardi managed to bust Day 1a (bad beat!) and so, since this was a re-entry tournament, he returned on Day 1b to infect the other half of the field. Thus players who played Day1b are also eligible, apart from those who played in the Signature Room and Poker Room.

Then, of course, the $50,893 prize money owed to players who busted in the money up till 27th position will be paid as normal.

But because Lusardi busted on Day 2 for just under $7k, we’re assuming the bubble boy will also now get a min-cash and the payment ladders will be adjusted accordingly. The 27 players who remained in the tournament when it was stopped will now get a chop for $19,323 each.

Of course, it’s not completely satisfactory, if we’re going to split hairs: some players may have actually benefited from the addition of these fraudulent chips, given Lusardi’s apparent propensity to dust them off, and conversely, as this is a zero sum game, when some players benefit, others lose out. But in the absence of a Large Hadron Collider, we reckon this is as about as fair an outcome as could have been reached. If you disagree, or you have an alternative idea about the how the matter should have been settled, we’d love to hear your comments below.

I dont get how the fool was introducing the chips to the table. Nobody noticed? Dont they tally up the chips in play at the end of each day?

Obvs everyone may see it differently, but if you were a short stack of the 27 remaining I’d be dancing around the room with a 20k score on a $560 entry.