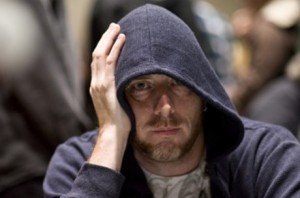 As previously covered on CardsChat News, the Borgata faced a massive scandal during Event #1 at the 2014 Borgata Winter Poker Open involving fake tournament chips. One of the players allegedly introduced a massive amount of fake chips into the tournament and “happened” to have the chip lead at the end of Day 1A. After furious investigations, the alleged player was identified. However, now a month since the incident took place, no official decision about the event and its potential player reimbursement has occurred. In response, one poker player that participated in Event #1 has filed a class-action lawsuit against the Borgata, alleging fraud, negligence and improper supervision.

According to various media outlets, New Jersey resident Jacob Musterel filed the class-action lawsuit on behalf of over 4,000 players, representing the field that participated in the event. Musterel was one of the 27 remaining players when the tournament was suspended, and is attempting to have all players receive their buy-ins back, and be reimbursed for any travel expenses they incurred as well.

Bruce LiCausi has been retained as Musterel’s attorney, and alleges that the Borgata had inadequate staff and security for the tournament. The most damning claim among all the allegations, however, is that the tournament officials at the Borgata ignored player comments about the counterfeit chips while the tournament was still in progress. The lawsuit also claims that officials did not conduct a chip count on a regular basis, purportedly proving that Borgata officials were negligent in allowing an “utterly rigged gaming event” to take place.

LiCausi commented to media sources that, “In my 31 years of practice, I have to say this is one of the cleanest claims we’ve had. Borgata holds itself as a respected provider of poker tournaments. They might say this is a learning experience for them, and while that’s laudable, it’s at the expense of the thousands who traveled to Atlantic City and entered this tournament under the expectation that it would be run properly.”

Recap of the Scandal

For those not familiar, the Borgata Winter Poker Open Event #1 scandal involved a player buy-in of $500+$60, and had a $2 million guarantee. Over 4,000 rounders entered the tournament. Acting on a tip from another casino, Borgata officials found out that over 800,000 in counterfeit tournament chips had made their way into the tournament. After consulting with gaming officials at the state level, the Borgata cancelled the remainder of the tournament once it had played down to the final three tables. Over 400 players had already received a payout from the event, but the 27 players left in the tournament are still wondering what the official outcome will be.

According to multiple sources, the alleged mastermind behind the chip scandal was Christian Lusardi, who became one of the chip leaders early on, but was eliminated outside of the final 27 players. Lusardi was arrested in Atlantic City after authorities were able to deduce that his previous hotel room was the source of the fake chips, as Lusardi had flushed away the remaining counterfeit chips, which subsequently created a huge plumbing clog in the hotel.

The investigation is still underway, with hopes that the class action lawsuit will bring closure to the remaining 27 players in the tournament, as well as the entire field of players, who feel slighted that they participated in a dirty tournament.

Interested to see what the final outcome is. It’s a little tricky because a lot of people have already been paid their winnings that busted prior to the final 27, so just refunding the buyin of all players involved in the tourney really screws the last 27 ppl.

Seems to me that they chop it 27 ways