The legal fallout from the saga of disgraced Borgata chip counterfeiter Christian Lusardi, who in 2014 was arrested for cheating in a poker tournament, has finally come to an end, though not in the way some of the players involved may have hoped.

On Monday, an appeals court ruled that the New Jersey Division of Gaming Enforcement (DGE) fairly paid out players for problems that ensued from the opening event of the 2014 Borgata Winter Poker Open. 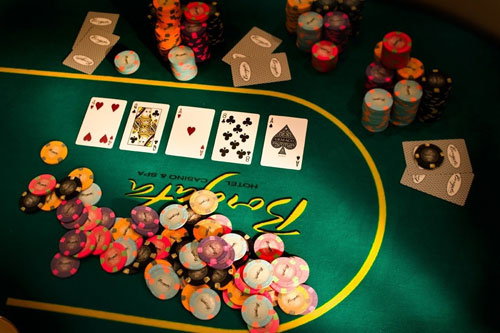 2014 Borgata Winter Poker Open tournament players had their appeals case dismissed this week, when a court decided the terms of a New Jersey DGE settlement were, in fact, fair. (Image: blog.theborgata.com)

That tournament was compromised by counterfeit chips introduced by Lusardi, who was caught after attempting to flush over 500 chips down the toilet in his Harrah’s Casino Hotel room. Those chips, which were purchased online from a Chinese manufacturer, subsequently clogged the pipes, causing a leak into rooms below, which ultimately led to Lusardi’s arrest.

Upon the discovery of counterfeit chips back in January of 2014, the tournament was halted with 27 players still remaining. Ultimately, DGE Director David Rebuck cancelled the event and ordered Borgata to refund the $560 buy-in to the more than 2,143 eliminated players who may have been affected by the counterfeit chips. He also instructed the casino to award $19,323 to each of the final 27 players, regardless of their chip count.

But those decisions did not sit well with many of the players. That’s because had they chopped evenly with 27 players left, they would have each received $53,079.44. As such, a class suit, Musterel v. Marina District Finance Co. Inc., was filed in New Jersey state court seeking $33,756.44, the difference of what they were paid and what they could have made, had they been able to chop. That suit suffered a summary judgment dismissal, which is what the appeals court has now upheld.

“The Director [Rebuck] reasonably chose to ensure that every entrant possibly affected by Lusardi’s illegal conduct got their entry fee back, that prize winners kept their prizes and that the remaining twenty-seven players shared equally in the remaining funds without unfairly penalizing any,” wrote Appellate Division Judges Jack Sabatino, Allison Accurso, and Amy O’Connor in their handed-down decision.

“Because poker is a game of chance, none of these plaintiffs could predict or quantify his chances of winning in a meaningful and reliable way. There is simply no fairly calculable award that would put these plaintiffs in as good a position as if performance had been rendered, and thus no basis for an award of compensatory damages.”

While attorney Randall Peach, who represented the plaintiffs in the case, has declined to comment on the decision, another lawyer involved in similar types of litigation expressed his disappointment exclusively to CardsChat.

“While I, of course, respect the court’s ruling, it does nothing to undermine the glaring reality that the Borgata allowed poker players to be scammed through a lax security protocol, and then decided it should be the poker players themselves who pay the price for that scamming,” said Maurice “Mac” VerStandig, managing partner of the VerStandig Law Firm, LLC, who specializes in poker-related legal matters.

“This is a sad end to a sad case. The Borgata failed to implement procedures sufficient to prevent a form of counterfeiting as old as gambling itself, but believes it should be poker players, not the casino, that pay the price for that failure.

“It is unfortunate that Atlantic City and its failing casino economy continue to hide behind a self-serving regulatory framework that denies too many bettors their right to a day in court before a jury of their peers,” continued VerStandig in his take on the latest appeals decision. “The regulators here came to the aid of the town’s last great casino, and a belated confirmation of legal propriety does nothing to wash away the appearance of impropriety that necessarily follows such a regulatory scheme.”

What’s Become of the Perp?

Late last year, Lusardi, 44, who hails from Fayetteville, North Carolina, was sentenced to five years in prison after pleading guilty to second-degree trademark counterfeiting. He was also ordered to pay $463,540 and $9,455 in restitution, to Borgata and Harrah’s respectively.

In a separate case, Lusardi was also convicted of copyright infringement and trafficking in counterfeit labels. That came after an investigation by the Department of Homeland Security and the United States Postal Inspection Service revealed he was involved in an international DVD bootlegging operation.

According to a press release sent out by the United States Attorney’s Office for the Eastern District of North Carolina, Lusardi was caught with over 35,000 counterfeit DVDs, resulting in the counterfeiter amassing more than $1.3 million into his PayPal account.

In that case, he was ordered to pay $1,137,864.01 in restitution and also sentenced to five years in prison for the offense. Lusardi is serving both sentences concurrently.