Justin Bonomo is having the greatest year in poker history in terms of earnings, but he’s still (barely) trailing Stephen Chidwick in the 2018 GPI Player of the Year standings, while defending champion Adrian Mateos is within striking distance. 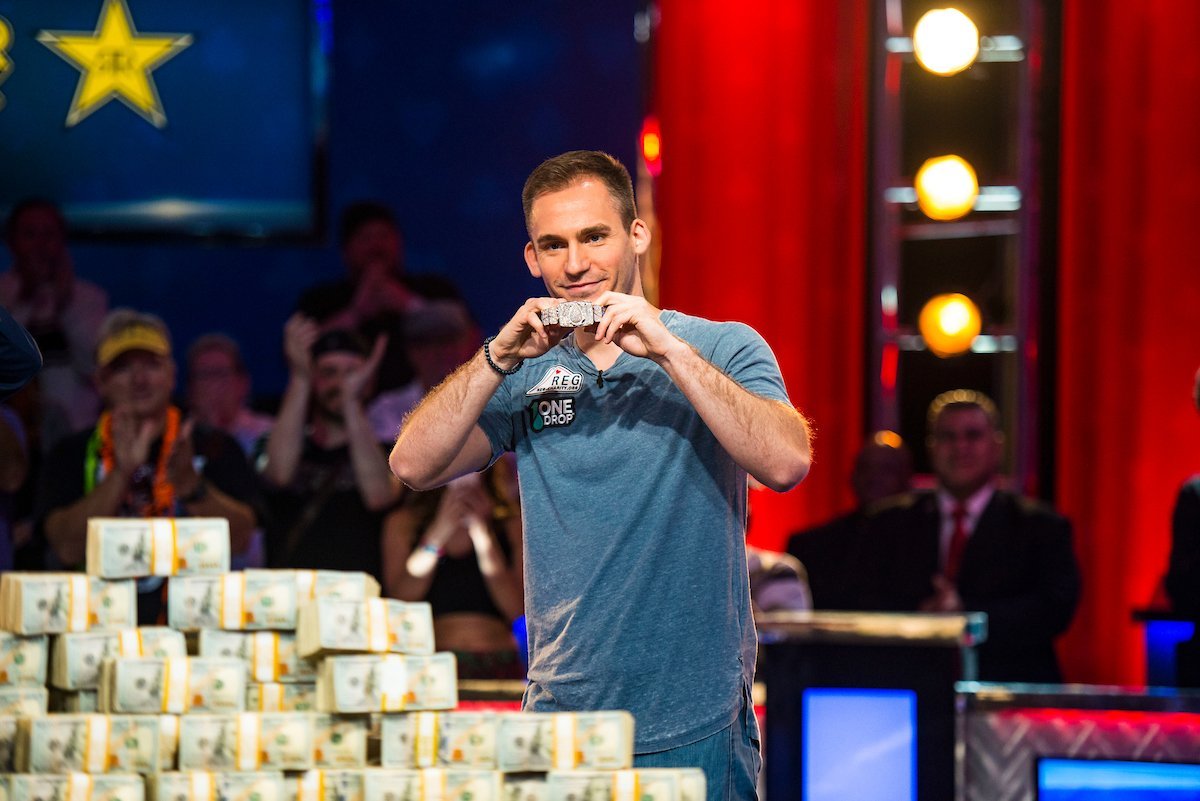 Justin Bonomo has the single-year record for most tournament earnings, but still trails Stephen Chidwick in the 2018 GPI Player of the Year standings. (Image: wsop.com)

Jake Schindler, who is currently in 3rd  place with 3,569 points, is just 122 points behind the leader with less than five months remaining in the year. David Peters, the 2016 winner, is still in the ballgame in 4th place, along with WSOP POY leader Shaun Deeb in 5th.

Bonomo trailing despite his massive tournament scores this year have a simple explanation: many of the tournaments he’s cashed in — including the $10 million he won in the WSOP Big One for One Drop — don’t qualify for POY points due to not having enough players.

Cashes in tournaments with fewer than 32 players aren’t worth any POY points. In the One Drop, which Bonomo won, only 27 players entered.

Bonomo has over $24.9 million in cashes this year, already a single-year record, but many of the high rollers he competes in don’t attract enough players to qualify.

Thanks to Bonomo’s year for the ages, Chidwick is quietly also having one of the greatest years in poker history. The British high roller has $7.9 million in cashes in 2018, including two seven-figure scores in the same week at the Partypoker Millions Grand Final in Barcelona in April.

Defending champion Adrian Mateos and 2016 GPI Player of the Year David Peters are both one small heater away from catching up to Chidwick.

Peters has been one of the most consistent high rollers the past few years, surpassing $3.5 million in cashes every year since 2016, including nearly $4.1 million in 2018. He has two seven-figure cashes this year, both in Triton High Roller events ($1.1 million in Jeju and $1.1 million in Macau).

Justin Bonomo has his greatest year. I admire him, he is a very solid poker player and steady in his achievements. The same applies for Stephen Chidwick too. The good thing is that these players are stick to live poker which is something I like, because we need some solid figures to keep the live poker arena alive.