Bodog, one of the original online poker sites, is set to make a move into Latin American using a system that once appealed to recreational players. 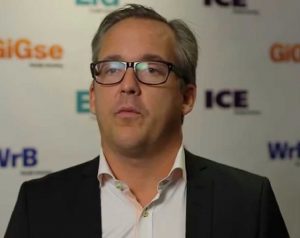 Announced in a press release on February 9th, Bodog’s plan is to start offering online poker in Brazil and Mexico before rolling out its services to 14 additional countries in the region.

Despite once being a major player in the online poker industry, Bodog has since faded into the background amid regulatory issues in the US.

However, with “recent opportunities opening up in the LatAm region,” according to the press release, the operator will be looking to establish itself once again. Also mentioned in the release was news that Bodog has sold its network to a Hong Kong-based consortium known as PaiWangLuo.

According to chatter on the forums, the company is now in charge of the poker network and has since rebranded it the PaiWangLuo Poker Network. A look at the company’s official site shows that the network will contain “three different poker rooms that share the same tables” as well as “state-of-the-art game play.”

Other than this, not much else is known about the group or the deal. A report from Professionalrakeback.com found that PaiWangLuo was founded in “late 2016” but no other company information can be found. Regardless of how the deal went down or what it means for Bodog Poker in the long run, the immediate plans are set for a move into Latin America.

One for the Amateurs

In an attempt to establish itself as the site for the masses, Bodog has said it will be using the software that made it appealing to “recreational players rather than sharks.” Looking back to a 2012 CalvinAyre.com interview, then VP of the Bodog Poker Network Jonas Odman, introduced a number of changes in a bid to make the site more appealing for novice players.

Joining Bodog in 2009, Odman set about reworking the dynamics of the site so that professional players were less incentivized. Initially he capped tournament overlays and then he changed the way rake was distributed. His final measure was to remove usernames from the tables so the players had an “anonymous” experience.

The end result was a site that had little added value for serious grinders and, therefore, less threats for casual players. Initially, Odman’s moves saw a lot of players leave the site. Gradually, however, traffic started to increase as new players found it easier to play under the new dynamics.

Fast-forward to 2017 and many of these early ideas are now becoming standard across the industry. With this in mind, Bodog believes it has an opportunity to get back into the game and pick up where it left off.

If things go well in Brazil and Mexico, then we could see Bodog Poker opening up in more regions later this year.