On Saturday, June 18, poker legend and pioneer Bob Hooks lost his final hand. It was fitting that the man who was an instrumental creator and original participant in the first format of the World Series of Poker almost 50 years ago passed away while the summer poker tournament series is underway. 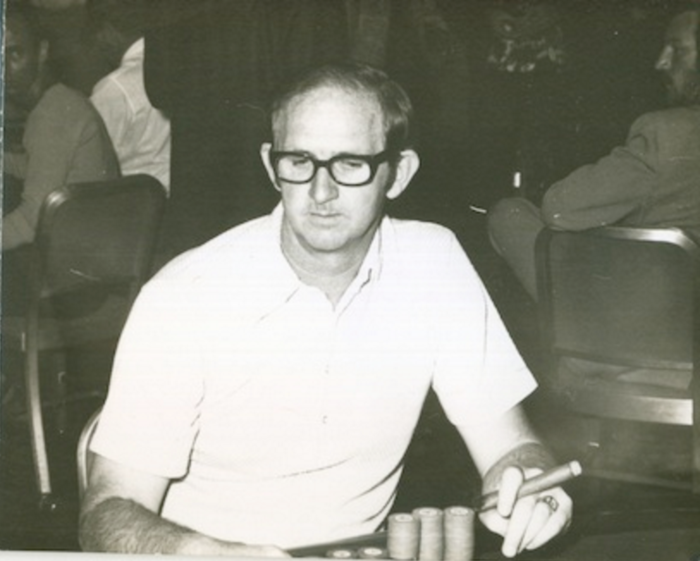 The man, the myth, the legend: WSOP pioneer and early participant in the World Series of Poker back in its Binion’s days, Bob Hooks has passed away at 86 years of age in Texas. (Image: Erick Fink)

Hooks was a Texas road gambler, the original poker room manager at Binion’s Horseshoe, and a World Series of Poker frontiersman. In 2014, Hooks was a finalist for induction into the Poker Hall of Fame, but didn’t make the cut in the end.

He had faded a bit into obscurity as a younger generation took over the poker universe in recent years, a generation which, as so often happens in general, were not always aware of those who had come before them and paved the original roads on which they now walked. 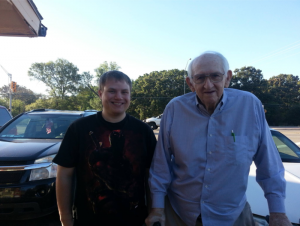 I was fortunate enough to meet Hooks and interview him three years ago, and can place that meeting in 2013 among the highlights of my poker career.

His colorful stories and wealth of knowledge from the game’s early evolution were insightful, and I was honored to be able to capture them for posterity.

Born on August 18, 1929 in Edgewood, Texas to Marcus Alexander and Inez Henrietta Hooks, Bob attended college at Southern Methodist University in Dallas, where he was a member of the Mustang football team that famously defeated Notre Dame University, the No. 5 ranked team in the nation, by 27-20 in 1951.

Upon graduation, Hooks joined the army and was stationed at Presidio Army Base in San Francisco, which is where he met and married Cynthia Gready.

After leaving the army, the Hooks settled in Edgewood, where Bob established himself as a rancher, though that proved more or less of a cover for his poker-playing exploits. A mentee of Johnny Moss and a personal friend of legend Doyle Brunson, Hooks spent much of his time as a “Texas road gambler,” traveling across the state to find games.

Making His Mark on Poker

Not surprisingly, Hooks eventually made his way to Las Vegas, where he began working for Benny Binion at the downtown Horseshoe Casino. It was there that he helped bring the World Series of Poker to life before going across the street to work for Steve Wynn as executive host of the Golden Nugget.

As a player, Hooks finished runner-up to his roommate, Brian “Sailor” Roberts, in the 1975 WSOP Main Event. Back then, the tournament was played with a  “winner-take-all” prizepool, and Roberts ultimately emerged victorious to capture the entire $210,000 prize. Unbeknownst to Binion, the two had struck a deal to split money, however.

Life Outside of Poker

According to one obituary, while poker was Hook’s vocation, family, cooking, and ranching were his passionate avocations.

“He was known for his culinary talents and nothing brought him more joy than to be able to cook for his family,” his obituary reads. “Anything he made got a five-star rating ranging from his biscuits and gravy, to ‘Papa’s chili’ to his chicken and dumplings, all of which were favorites of his grandkids.

“Robert was a gregarious man full of life, joy and love for his family. He cherished family time when all could be brought together to laugh, cook, tell stories and spend quality time together.”

Hooks, who was a charter member of the Van Zandt Country Club in Canton, Texas, and a longtime member of the Cheatham Memorial United Methodist Church in Edgewood, is survived by his daughter, a brother and sister, and numerous grandchildren.

Hooks will be laid to rest at White Rose Cemetery in Willis Point, Texas.