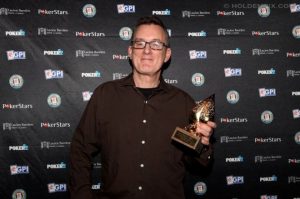 The World Series of Poker Europe (WSOPE) provided yet more thrills and spills over the weekend.

From popular veterans winning another piece of poker bling to disputes over tournament start times, the last few days in Berlin have produced some intriguing headlines.

First to court the attention of the masses and raise a cheer from the rail was Barny Boatman.

Despite many writing off Boatman and his fellow Hendon Mobsters in the past, Boatman has hit something of a purple patch over the last 18 months.

During the 2014 World Series of Poker (WSOP) in Las Vegas the English poker veteran upset the odds in Event #49 when he clinched a bracelet and $546,080.

He followed this up with a third place finish in Event #42 at this year’s WSOP and carried that form into the WSOPE earlier this month.

After lining up against 502 other grinders, Boatman was able to see off the likes of Doug Lee and Shannon Shorr, before beating Grzegorz Grochulski to bank €54,725 ($61,914) and a WSOPE title.

While Boatman was all smiles on Sunday, Terrance Chan was less amused with the WSOPE this weekend.

After being told that the scheduled start time for the €1,100 ($1,244) Hold’em event had been the subject of a last minute change by WSOPE Tournament Director, Jack Effel, Chan took his frustrations to the Internet.

Because he’d already left his hotel, Chan was annoyed that the kickoff had been changed seemingly on a whim by Mr. Effel. To his credit, Effel did apologize for the last minute change and tried to inconvenience as few people as possible.

However, Chan was still annoyed and decided to outline the situation on his blog.

Stating that the decision to move the goalposts just minutes before the original start time was unacceptable and he wasn’t going to patronize the event because of it.

After finally entering the tournament area, Chan and Effel faced a sticky situation as neither was willing to concede to the other’s point of view.

Fortunately, however, harmony was restored soon after and the two men managed to settle their differences amicably.

The final standout performance at the WSOPE this weekend came courtesy of Georgios Sotiropoulos.

The Greek pro was one of contributors to the 546 bundles of cash collected for Event #8 and walked away with more than money after defeating Paul Tedeschi heads-up.

Of course, the €112,133 ($126,891) Sotiropoulos scooped when he won the event is certainly not something to be ungrateful about, but once that money is spent it will be the fact that the young grinder’s win was the third Greek bracelet of the series.

Despite being one of the smaller poker nations, Greece has had a recording breaking performance at the 2015 WSOPE and Sotiropoulos’s name will go down as being part of that impressive trio of wins.

Sounds like fun and nice run for Barney Boatman.