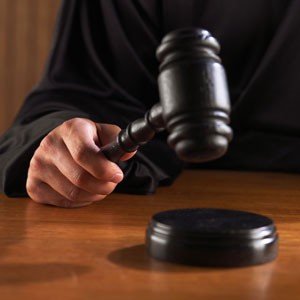 The prospects for Internet poker or any type of online gambling may be impossible in 2014 for both Iowa and Mississippi, according to gaming experts in each state. Pennsylvania has only a slight chance.

Three of the states that online poker players and fans looked to for the possibility of legalization and regulation may be out of the realm of possibility this year. Iowa, Pennsylvania, and Mississippi have all explored the idea of online gaming to enhance gaming revenue in their respective states, but experts and lawmakers do not see progress in 2014. Pennsylvania has some supporters, yet prospects remain bleak.

No Discussion in Iowa

The state of Iowa was not at the top of the list of possible states to legalize online gambling any time soon, but the most recent opinion of the head of the Iowa Gaming Association clarified the reasoning. IGA President and CEO Wes Ehrecke told Casino Enterprise Management that online poker will not even be discussed in the 2014 legislative session. “Rather,” he said, “the industry will closely watch the introduction of i-gaming in New Jersey and Delaware, plus Internet poker in Nevada. This will be an opportunity to learn what is working or not, including their regulations, compacts with other states, etc., and decide on suggested language for a bill to consider in 2015.

Previous attempts to bring up the idea of Internet gambling were short-lived in the Iowa legislature. The 2012 online poker-only bill passed the Senate but fell flat in the House, while a 2013 bill didn’t even make it through the subcommittee despite preliminary approval. Any hopes for another attempt in 2014 are not viable, according to Ehrecke.

The state of Pennsylvania was considered one of the most likely states to join the online gambling fray, especially on the heels of neighboring states New Jersey and Delaware launching their casino-linked websites. There were rumors of a Senate bill being constructed for legislative introduction in 2014, and many experts predicted Pennsylvania would be one of the next states to get involved.

Spectrum Gaming Group founder Fred Gushin concurs, recently telling a web seminar crowd that Pennsylvania “can’t afford not to” consider the issue of online gambling. The competition from other states and the possibility of them beginning to form compacts leads Gushin to believe that Pennsylvania wants to get in on the industry at the front end. The legislature did, in fact, authorize a gambling study, the results of which are due in May.

Even so, the latest Quinnipiac Poll released in December showed that Pennsylvania voters may think legal gambling is a good thing, but they don’t want online gambling. The poll showed that 62 percent of polled state voters opposed legalizing online gambling, and 70 percent believe it will lead to more addiction problems for residents of Pennsylvania.

Mississippi may seem like an unlikely state to consider online gambling, but State Representative Bobby Moak has been trying to push the topic forward for several years. The state’s ties to the casino industry and the need for a new revenue stream have been the basis for Moak’s online gambling initiatives. Additionally, the legislator revealed in November that he will introduce another bill in 2014. Fellow Representative Richard Bennett said that the topic will be on the agenda for the 2014 session with his support.

However, Mississippi Gaming Commission Executive Director Allen Godfrey recently told CEM that he sees no progress this year. The state is focused more on banning Internet sweepstakes cafés, and “it remains unlikely that Mississippi will copy other states that have legalized some form of Internet gaming.” Even Bennett admitted that it might be too early for the state to move forward with a progressive law at this point, adding that he doesn’t expect a bill to come out of the 2014 session with any success.