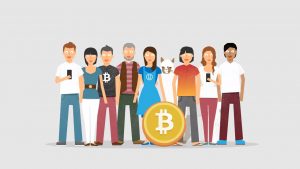 Bitcoin poker might still be a relatively new concept to most, but one site is already breaking from the norm by offering its own unique take on the game.

The concept of using a cryptocurrency like Bitcoin to make deposits, place bets, and request withdrawals might still be new to some players, but it’s fast becoming a niche in the industry.

Although many of the larger operators have yet to embrace Bitcoin, a handful of cryptocurrency casinos and poker sites are now springing up.

Poker with a Twist

Offering the usual selection of games, the sites have pretty much all of the standard features a traditional poker site has except that Bitcoin (BTC) is used instead of dollars.

To combat players’ natural skepticism of anything new and relatively unknown, the majority of Bitcoin platforms offer a familiar selection of games.

However, one recent upstart has decided to push the boundaries and offer a unique take on the game. Known as Chinese Tea Set, the game is currently available on a site called Dragon’s Tale and involves hands (tea sets) and peer-to-peer betting.

Like poker, players are tasked with making the highest value hand using colored tea pots. At the start of the round you can only see the value of your own tea set. But, if you choose to lock a strong table of teas so it doesn’t get stolen, your opponent will be able to see your holding.

Alternatively, it’s possible to switch cards with an opponent to make a better hand or you can simply try to raise them out of the pot. The player left standing or with the best hand at showdown wins the round and whatever Bitcoins are in the pot.

Another Hook to Lure New Players

While the game may not appeal to hardcore players, the 3D dynamics of the site and the twist on the game could be enough to encourage new players into the industry. Since Bitcoin launched in 2009 it’s become extremely popular with tech-lovers and professional gamers.

From a visual perspective, Dragon’s Tale certainly looks different to the average online casino or poker site and that appears to be the point. Over the last 12 months, major operators have made a concerted effort to attract more casual players and the emergence of Bitcoin poker sites is another wrinkle in the industry’s fabric.

In addition to established Bitcoin users turning to poker as a new way to spend their virtual currency, those with an eye on security may just be persuaded to ante-up.

Thanks to the way Bitcoins are created, processed and transferred, users can remain anonymous. Moreover, because each transaction is recorded and viewable in a database known as the blockchain, there’s always a virtual paper trail for each transaction.

This combination of features makes Bitcoin a useful currency for online poker players and could potentially lead to an influx of new players over the coming years if more sites offer it as a deposit option.

If only a guy had bitcoins for when it first started ,could be a millionaire ,smart of any site to try amd get them from people cause they most likely will rise in value more

Have been playing online poker using bitcoin for years as well as playing on Dragons Tale. Many poker sites now accept bitcoin although I am partial to SealsWithClubs. If anyone has any questions about using bitcoin, playing on either swc or DT send me a pm.