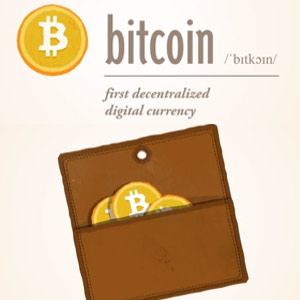 The virtual currency Bitcoin is making its way out of online accounts and is now being accepted at two land-based casinos in Las Vegas.

As far as virtual money solutions go, Bitcoin has had varying levels of success outside of its tech-driven world. Bitcoins definitely have their place in e-commerce and the currency is even accepted at a choice few online poker rooms. But when it came to land-based casinos, Bitcoin users were completely out of luck. However, that all changed last Wednesday when two Las Vegas casinos began to accept the virtual money.

A New Way to Pay

Both the Golden Gate Hotel & Casino and the D Las Vegas Casino Hotel are currently accepting Bitcoin as a form of payment. Located in downtown Las Vegas on the Fremont Street Experience, the two casinos are owned by brothers Derek and Greg Stevens. Though discussions had taken place internally about accepting Bitcoin, frequent customer requests were the major factor in the decision.

Derek Stevens commented on the announcement in a press release saying, “I’m proud that the D and Golden Gate will be the first casino properties to accept Bitcoin. We’re located in the growing high-tech sector of downtown Las Vegas, and like all things downtown, we’re quickly adaptive to new technology. The timing is right for us to launch this initiative, and I’m happy to be able to offer this to our customers.” Stevens said after he had personally been asked about Bitcoins a number of times, he decided to get to work on allowing them in the casinos.

Despite the virtual currency’s transition onto land, it comes with an important caveat: Bitcoins will not be accepted at tables or on machines. Instead, they will be accepted at Golden Gate and the D’s front desks, the gift shop at the D and two of the D’s restaurants (American Coney Island and Joe Vicari’s Andiamo Italian Steakhouse). Bitcoin payments will be processed through BitPay at tablets located at each cashier.

Since its introduction in 2009, Bitcoin has evolved into a unique form of currency. They are not backed by the government, not tied to a bank and businesses don’t incur any fees when receiving them in a transaction. Transfers of Bitcoin are done through a peer-to-peer network where everything is logged; but because account information isn’t stored on a main server, wallet amounts can easily be lost or stolen with no way to see a return.

Interestingly enough, Bitcoins are created through a process called Bitcoin mining. Software is run on a user’s computer to perform complex process such as maintaining the network. Occasionally, a Bitcoin is created on one of these computers running the software. This process has spurned some people and organizations to use groups of computers with the sole purpose of mining Bitcoins. To control the system, there can only be a total of only 21 million Bitcoin.

While it seems like an unsteady system, Bitcoins have fluctuated dramatically in popularity and price. Bitcoin exchanges are set up across the Internet where users can buy or sell them for real currency. In 2013, within the span of six months, Bitcoin went from a value of $100 to $1200 only to see that price cut in half. Bitcoin’s future is a little rocky because governments are leery about its lack of taxation and general control over it. Additionally, their limited use at the two Vegas casinos might not match the original hopes of those who requested them but it could be a step in the right direction for Bitcoin to be implemented in the casino’s games at some point in the near future.

Surprised no one has mentioned Zetacoin, 2nd most traded coin on the markets today! Big news coming later this week about a major retailer accepting. Good time to invest.