Cryptocurrency bitcoin moved a few paces forward towards mainstream respectability in 2016, but its use as a payment method for online poker in the regulated markets remains fraught with complexity. At the heart of the matter is the essential paradox of attempting to regulate a currency whose sole purpose is to be unregulated,while bypassing the world banking system. 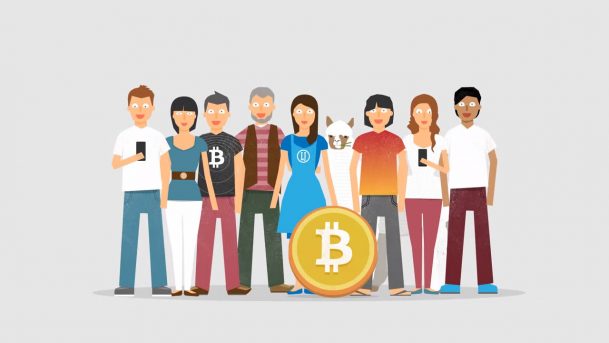 Will bitcoin ever become available as a legitimate global currency for regulated online poker transactions? Maybe, but the road to regulation is fraught. (And we don’t know why there’s a camel-sheep in the background anymore than you do). (Image: bitcoin.org)

The poker media pricked up its ears in August when the UK Gambling Commission (UKGC) appeared to sanction the use of bitcoin and other digital currencies when it published its most recent License Conditions and Codes of Practice. In that document, it spelled out what would and wouldn’t fly:

“Licensees, as part of their internal controls and financial accounting systems, must implement appropriate policies and procedures concerning the usage of cash and cash equivalents (eg bankers drafts, cheques and debit cards and digital currencies) by customers, designed to minimise the risk of crimes such as money laundering, to avoid the giving of illicit credit to customers and to provide assurance that gambling activities are being conducted in a manner which promotes the licensing objectives.”

The addition of the phrase “digital currencies” led many to conclude that the UK was preparing to permit its online gambling licensees to use bitcoin as a valid one, but this assumption is probably wide of the mark. The problem with bitcoin transactions is that they fail to satisfy EU and global anti-money laundering (AML) standards, because the currency is essentially encrypted, anonymous, and (for the most part) untraceable nature.

The latest AML dictum from the European Union, of which the UK is still a paid up member, at least for the time being while Brexit issues are thrashed out, states the following on the subject of digital currencies:

“Transactions with virtual currencies benefit from a higher degree of anonymity than classical financial fund transfers and therefore entail a risk that virtual currency may be used by terrorist organizations to conceal financial transfers. Possible further risks relate to the irreversibility of transactions, means of dealing with fraudulent operations, the opaque and technologically complex nature of the industry, and the lack of regulatory safeguards.”

The European Commission has suggested money laundering regulation should be applied to both virtual currency exchange services and custodial wallet providers as a method of “ending the anonymity associated with such exchanges.”

This could be a way forward for the use of digital currencies as a viable payment alternative in online gambling. But the problem for bitcoin is that the more “regulated” and transparent it becomes, the more it loses the edgy, subversive qualities that made it attractive to many gamblers in the first place.

Maybe authorities will find a way to regulate the maverick currency, but it will be a thorny process. All eyes will be on jurisdictions like the UK and the Isle of Man in 2017. Until then, it will remain a tool of the unregulated gambling markets.

I am still waiting to take the bitcoin plunge. Seems like several exchanges have went under, and unless they refund everyone’s account, I already take that risk playing at any poker site in the current environment.

Nitrogen Poker is on line as part of Nitrogen Sports using bit coin. I’ve playing the hourly free rolls but have not made a deposit or withdrawal. Bit coin’s variable value makes playing there a double gamble.