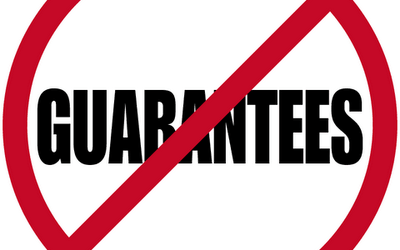 Binion’s Poker Open, held in the casino where the World Series of Poker originated, came in for some criticism this week after it abruptly removed the majority of guaranteed prizepools for its annual Poker Open.

Despite marketing the festival as one with a series of guarantees, the realities of poor attendance and a lack of funds in reserve apparently forced the poker room manager to remove the larger prizes without prior notice.

Kessler on the Case

First to spot the change was perennial grinder and habitual stickler for the rules, Allen Kessler. Posting his findings on 2+2 before commenting on Twitter, Kessler speculated that, aside from being “bad form,” the casino could be in breach of Nevada gaming regulations.

“This is unprecedented in Las Vegas and may even be a gaming violation,” wrote Kessler.

A further explanation was subsequently posted on Binion’s Facebook page. According to the room’s manager, “very low” attendance and a selection of missed guarantees forced the casino’s hand. In a bid to quell the inevitable backlash from the poker community, Binion’s did state that its $200 NLH will keep its $10,000 guarantee.

Moreover, the $50,000 Main Event will also keep its prizepool. However, it’s worth noting that this tournament is actually part of the PPC Poker Tour and will likely attract enough runners to cover the guarantee.

In addition to Kessler’s comments, a number of disgruntled customers aired their grievances on Facebook. In particular, Patricia Buckley complained that she had taken a day off of work specifically to play the HORSE event.

“BS if you ask me. I took work off Monday 28 to come play HORSE. You guys are always f’ing up tournaments,” wrote Buckley.

Instances of guarantees not being met aren’t uncommon in the poker world. But to change the dynamics midway through a festival due to low attendance is quite rare.

One of the most famous instances of this happening, however, was at the Partouche Poker Tour (PPT) in 2012.

Not surprisingly, the news didn’t sit well with the pros in attendance, many of whom had traveled to France from the US, and a standoff ensued. With a players revolt ensuing, PPT CEO Patrick Partouche effectively blamed those in attendance and stated that he’d never guaranteed a prizepool (despite his marketing material suggesting otherwise).

Eventually the Frenchman relented and agreed to honor the €5 million guarantee, but later stated that the PPT would never run again. Not only that, but Partouche also pulled his support, and the €20 million ($22.4M) guarantee that went with it, from the ill-fated Stadiums Poker Tour.

While Binion’s latest move isn’t quite on the scale of the PPT’s financial antics, it is a disappointing outcome for a venue that once hosted the most prestigious poker tournament in the world.