Bill Perkins will donate $100,000 from his Humanity Forward Fund Super PAC to help the Democratic nominee, Andrew Yang, win his party’s nomination and then defeat President Donald Trump in November 2020. 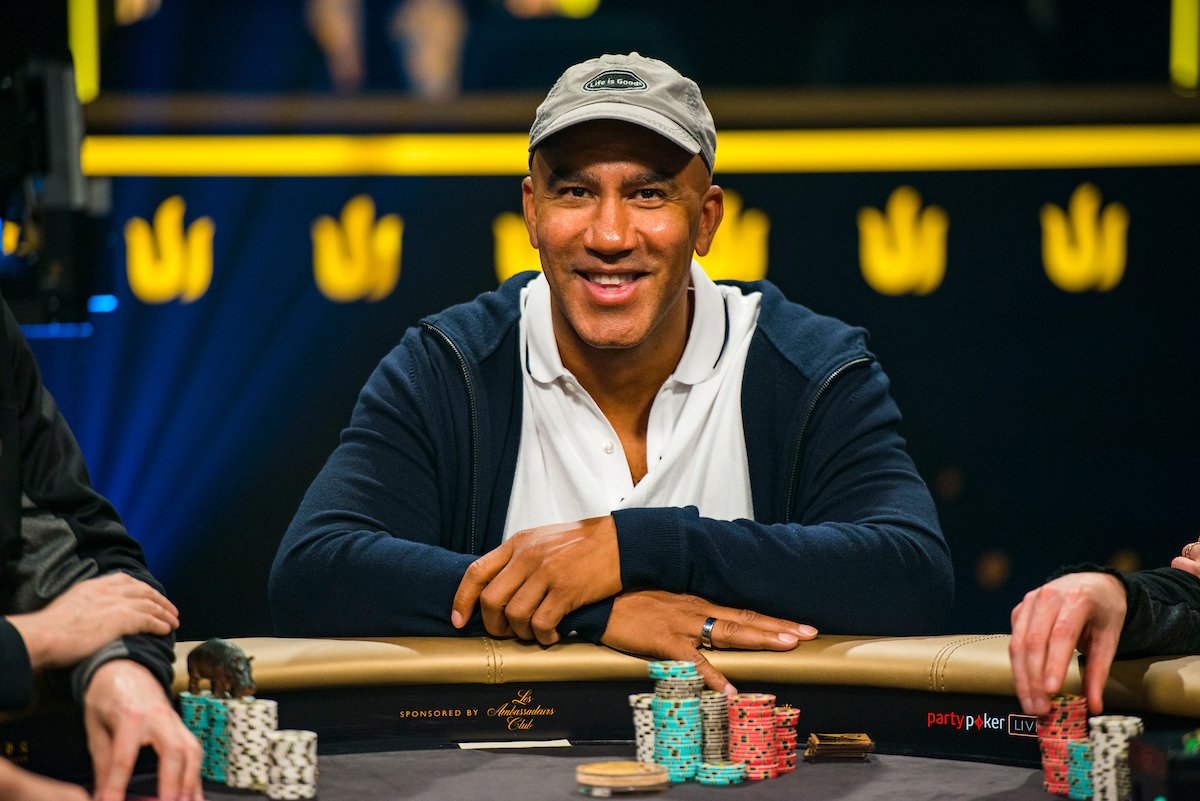 Bill Perkins is one of the most successful poker players away from the felt. (Image: somuchpoker.com)

Yang recently came out in support of legalized online poker at the federal level. As you would expect, that was music to the ears of many poker players who now have a favorite presidential candidate.

Perkins is one of those poker enthusiasts who has given his support to Andrew Yang. He told CardsChat the online poker issue isn’t the only reason.

Perkins wants Yang to win the presidency, but he understands the challenges that lie ahead for his candidate. That’s why he’s using his pocketbook to help his guy win.

The Humanity Forward Fund Super PAC is looking to raise $500,000 by the end of 2019 to help support Yang. Perkins has pledged $100,000 of his own money to the cause. Supporters of the #YangGang can donate money through New Year’s Eve, and have it doubled.

Yang is at a severe disadvantage in terms of donations and media exposure compared to his Democratic opponents. According to updated figures from the New York Times, Yang is polling in just sixth place among Democrats, and has received the seventh-highest individual contributions among Democratic candidates. That isn’t a winning formula.

Perkins, however, is confident his candidate can win.

“I think ultimately, the media has to respond to votes and polling,” he told CardsChat News. “It makes Yang’s ground game all the more crucial, since he’s a media coverage dog. He doesn’t have the benefit of free air time and mentions as other candidates do. Media loves narratives that gets the most ratings. They have internal biases as well as outright malice in some cases.”

Former VP Joe Biden and Senator Elizabeth Warren receive more air time on mainstream media outlets than any other Democratic candidates. Coincidentally, or not, they are the top two highest polling candidates within the party. Biden is polling at 25-percent and Warren is at 19-percent, whereas Yang has just a 3-percent support.

What the Poker Player Loves About His Candidate

Perkins, the founder of the Thirst Lounge Twitch streaming show, believes online poker should be legal throughout the US, but that isn’t the only reason he supports Yang. Yang’s main campaign issue – universal basic income (UBI) – is also Bill’s top reason for choosing this candidate.

Biden recently referred to marijuana as a “gateway drug,” and said he opposes making cannabis legal at the federal level. With comments such as that, he won’t be getting any support from Perkins, one of poker’s wealthiest players.

Perkins, an African-American, told us that marijuana is illegal for “racist reasons, and its enforcement is disproportionately hard on the poor and minorities.”

Perkins, a hedge fund manager who graduated from the University of Iowa, also likes Yang’s stance on criminal justice reform. The presidential candidate’s platform includes pushing for reconsideration of the harshness of felony laws, and shifting the federal drug policy from punishment to treatment.

“We’ve been so focused on punishment that we have been punishing ourselves,” he said. “It’s time to have a more pragmatic and thoughtful solution to crime other than anger and locking people up for long, expensive sentences.”

We’ll see if having the support of a successful businessman can help get Yang elected.

I hope that more supporters will help Andrew Yang in the near future , cause he’s a worthy candidate with a very good ”agenda” to change many things for the better if he gets elected 🙂