Every year, the World Series of Poker (WSOP) is the crème de la crème of poker tournaments. But outside of the WSOP’s seven weeks of activity in the summer, there are tournaments held all across the world and all year long. 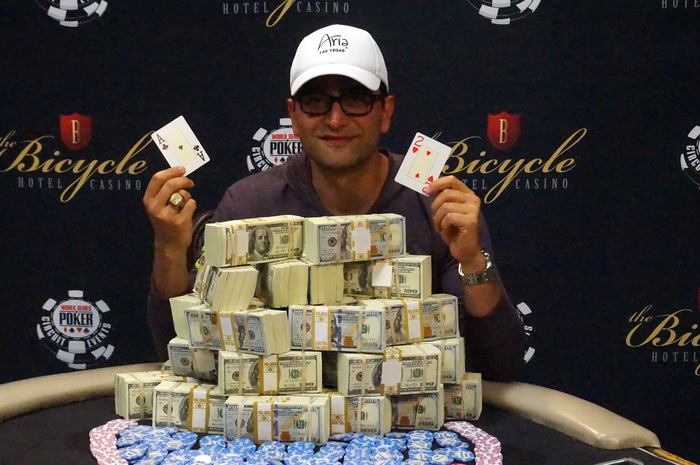 Here’s a look at some of 2016’s biggest event winners, and a recap of the most exciting non-WSOP tournament moments from January through June this past year.

Esfandiari and the Pee CA

The PCA was also the scene of Antonio Esfandiari’s lunge prop bet. Esfandiari infamously took things too far when he relieved himself in a bottle underneath the table. He was disqualified from the Main Event and donated the $50k he won from the bet to charity.

In April, Chino Rheem bested a 342-player field to win the WPT Seminole Hard Rock Finale for $705,885. It marked his third WPT title and put him in the exclusive company of Gus Hansen, Carlos Mortensen, and Anthony Zinno.

The first-ever WPT Tournament of Champions drew 64 former winners and saw Farid Yachou, who qualified by winning the WPT Season XIV Amsterdam, finish as the “last man standing” to capture a $381,600 first-place prize.