Deadwood is rich in poker history, but in the South Dakota town where Wild Bill Hickok met his end holding aces and eights, it had been nearly a decade since there had been a tournament like the 2018 MSPT South Dakota State Poker Championship, which went down this past weekend. 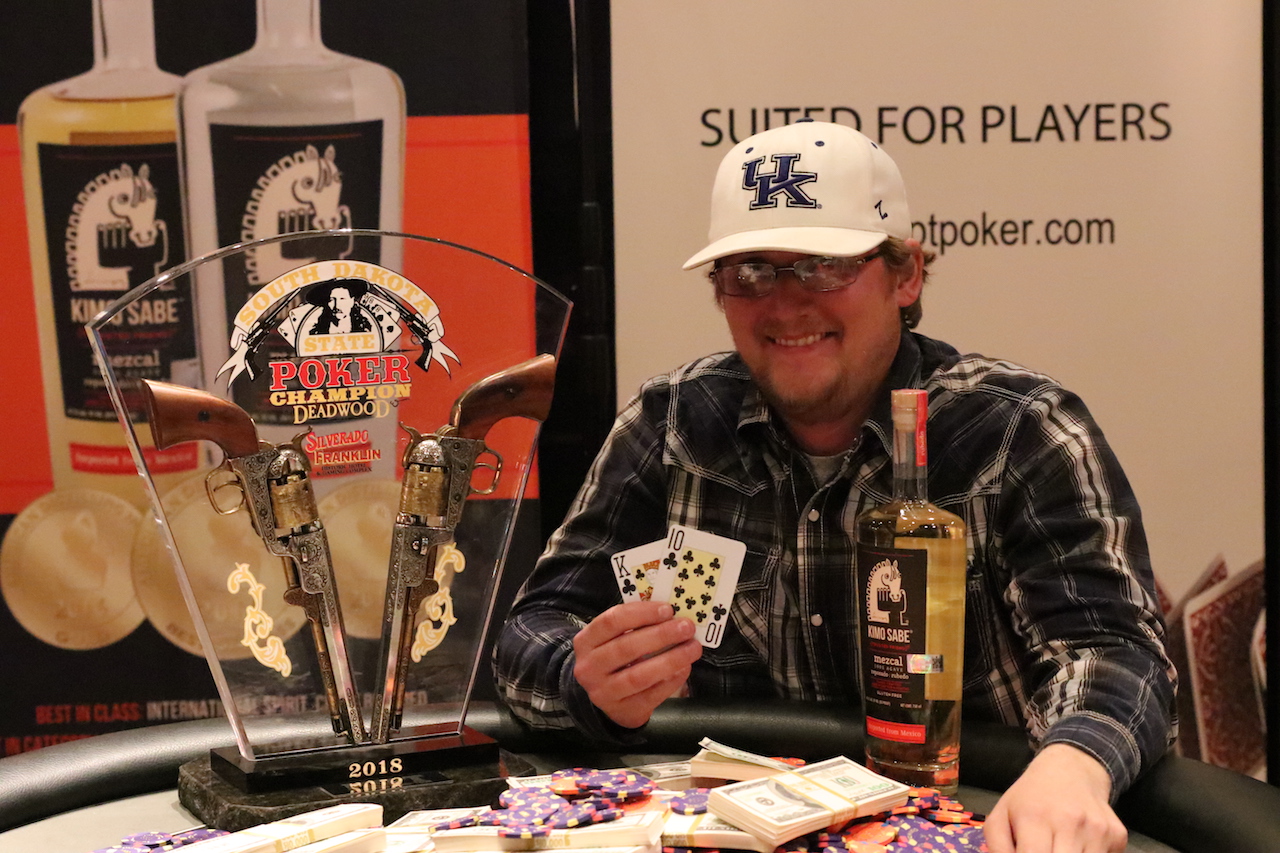 Newly crowned South Dakota State Champion Rick Burleson says he works six days a week as a car salesman and has a one-and-a-half-year-old boy at home, so he doesn’t get to play poker as often as he’d like. (Image: MSPT)

Since 2011, Silverado-Franklin Casino had hosted the South Dakota State Poker Championship as a standalone event. For 2018, they opted to partner with the Mid-States Poker Tour (MSPT), which marked the first time a poker tour hosted an event in Deadwood since the 2009 Heartland Poker Tour Lucky Nugget Gambling Hall, which drew 176 entries and created a $250,230 prize pool.

When the final table began, half the players at it were looking to keep the title on home turf. One of them, 29-year-old Rapid City car salesman Rick Burleson, managed to do it after defeating Minnesota poker pro Aaron Johnson in heads-up play, good for $63,462.

“I feel amazing, it’s life-changing,” said Burleson, who earned his first-ever documented tournament cash. “It’s the biggest tournament in South Dakota state history, so it’s awesome. You just have to be patient in these big tournaments.”

The pair began their heads-up match with Burleson holding 3.6 million to the Johnson’s 2.11 million. Before long, the former pulled out to a big lead when, in Level 28 (30k/60k/10k), Johnson limped holding 7♦7♥ and then moved all in after Burleson had raised with the K♣10♣.

Burleson called and turned the best hand on the 6♦Q♠2♦K♠8♦ run out.

“Wish I would have played as well as I ran,” Johnson tweeted afterward. “Several significant errors. Lots of room to improve. Absolutely awesome venue/location. Hope this is a yearly event!”

In addition to winning $39,181 for finishing runner-up, Johnson took the lead in the Kimo Sabe Mezcal MSPT Season 9 Player of the Year race with 2,600 points. 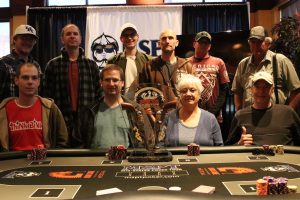 Fink was primed to make a run at the 2018 MSPT South Dakota State Poker Championship title as chip leader during four-handed play. Unfortunately for him, two big hands led to his demise.

In the first, Fink lost when his pocket aces were out flopped by Burleson’s jacks and tens. The two got it in on the flop and Burleson doubled into the chip lead. Two hands later, Fink got his remaining stack in with the A♠7♦ only to run it into Burleson’s A♦8♠. The board ran out 7♥6♦9♣10♣9♦ and Burleson made a straight to send Fink out the door.

Season 9 of the MSPT continues this weekend with a $1,100 buy-in, $300K GTD Main Event at Canterbury Park in Shakopee, Minnesota.

Saw Dakota in the headlines, and damn not our Dakota. Well, Debi is going on a live poker tour late May to early June, hope she takes em down. CC media writes on it, and she goes to the top of the “Big Wins”! 🙂

OH, Deadwood, great show and reference to Wild Bill. Sounds like a nice little tournament, and a cool place to take in the history. Nice piece here, glad I was fooled by title.