The Norwegian Gambling Authority has ordered Sweden-based gaming stalwart Betsson to stop operating in Norway. But tests at CardsChat News show that the company’s online poker offerings are still accessible in the country. 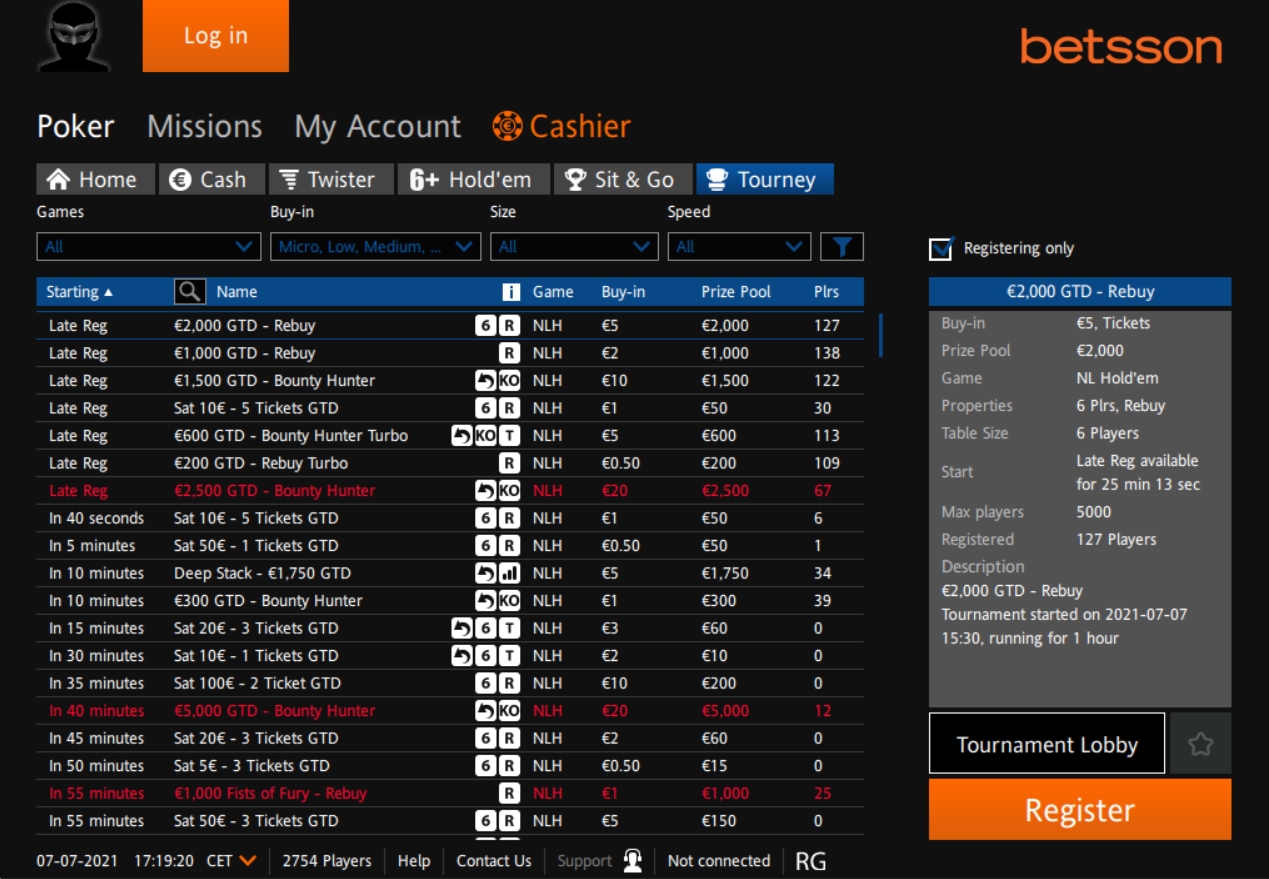 A shot of Betsson Poker downloaded via a Norwegian IP address after the company was told to exit the market. (Image: CardsChat News)

On Thursday, the Norwegian gaming regulator (Lottstift) ordered Betsson’s parent company, BLM Group Ltd, to exit the market. The letter sent to BLM Group notes that offering online poker and gaming is against the law in Norway and instructs the company to close its websites in the country, including Betsson and Betsafe.

Online gaming is legal in Norway, but only at the state-owned casino site Norsk Tipping, which doesn’t offer online poker.

The legality of offshore sites has long been a point of contention in Norway, with claims that state-run online gambling monopolies violate European free-trade laws. While such a defense has allowed many sites to remain active in Norway, the latest crackdown targeted Betsson and four of its subsidiaries — Betsafe, Nordicbet, Norgesautomaten and CasinoEuro — in response to marketing campaigns online and on television that Lottstift says clearly targeted Norwegian players.

“Although BLM Group’s gambling license is provided by the Maltese authorities, the illegal gaming offer takes effect in Norway by the company offering games on the internet,” states the letter from Lottstift.

It goes on to affirm that, despite the BLM Group’s sites being legal in other countries, its presence in Norway contravenes national gambling laws. “The Lottery Act and the Gambling Act also apply to gambling from abroad when the offer is directed at Norway,” the letter continues.

Lottstift gave Betsson a deadline of three weeks to close up shop in Norway before facing “coercive fines that run until the illegal gambling offer has been rectified or terminated.”

According to Lottstift, “A coercive fine is not a punishment, and the obligation to pay a coercive fine is not depending on guilt, but is triggered when an illegal relationship occurs, and should be set so high that it does not pay financially for the person responsible not to comply with the decision. The purpose is to enforce compliance.”

Neither the BLM Group nor its subsidiaries have made a public comment on the matter, so CardsChat took a look. We found that Betsson and Betsafe are still accessible via a Norwegian IP address, and that we could set our location to Norway and download the software.

While we were able to access Betsson, our results may not necessarily reflect the company’s status in Norway, as it may be the case that the BLM Group is in the process of exiting the market and giving players a chance to get their affairs in order.

Why is Lottstift taking shots at Betsson?

The implication from Lottstift’s letter is that Betsson and its sister sites have been targeted because of a blatant disregard for the rules. The letter sent to the BLM Group states that Betsson used “Norwegian symbols” and found a way to circumvent the block on payment processing within the country.

These acts have raised the BLM Group’s proverbial head above the parapet. Lottstift is dutybound to take action against any operator it believes is acting illegally within its jurisdiction.

Betsson has until Aug. 15 to file any objections with the NGA.