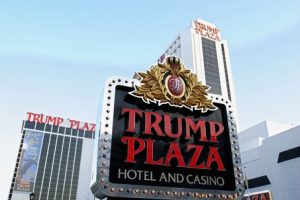 Betfair can continue to operate even after its current partner Trump Plaza closes, according to the New Jersey Division of Gaming Enforcement (NJDGE). The online gaming company is partnered with Trump, a land-based casino in Atlantic City, per the regulations required to enter the New Jersey online gaming market.

Trump Plaza is the latest of a group of casinos that have closed this year, and is scheduled to shut its doors on September 16. It follows others, like Showboat and Revel, on a list of failed casinos that have suffered in the declining Atlantic City tourism and gaming market, and more employees will be out of work upon its closure. Meanwhile, Betfair was put in a precarious position due to its partnership with Trump.

NJDGE, New Jersey’s gaming regulator, stepped in at the request of Betfair Interactive to make a decision. Since Trump officials had not responded to any correspondence from Betfair’s legal department regarding their partnership and the future of the online gaming arm of the company, the DGE ruled on the unprecedented situation. Betfair can continue operating its online gaming site for now.

That reprieve ends, however, when Trump Plaza surrenders its casino license, which could be within the next few months. That means Betfair must partner with a new casino, of which there are fewer available due to recent closures and already-existing partnerships with other online gaming companies.

The DGE director told the Associated Press that there is time available for Betfair to enter into a deal with another Atlantic City casino. “They want to remain fully functional and stay in New Jersey,” he noted, “and we will work with them to do that.”

In the meantime, Betfair must stay in contact with the DGE regarding any developments in the situation. Since this is a new dilemma for the emerging market, New Jersey will have to make decisions carefully so as not to jeopardize the industry that is still trying to make a good impression on lawmakers and the general public.

Worth the Effort to Stay?

Betfair has not been one of the most successful online gaming companies in New Jersey since the launch of the industry in November 2013, but that’s not to say it hasn’t benefited from the new market. Despite being near the bottom of the revenue charts, Betfair has garnered more than $4 million in the first seven months of 2014.

After all of the hard work of the company executives to get into the market, it is unlikely that Betfair will be willing to leave. The US online gaming industry is just getting started and beginning to grow, and compacts with other states in the future will put New Jersey online operators in a prime position to experience further, and possibly exponential, growth.

The problem for Betfair is to find a casino in Atlantic City that does not currently have an Internet gaming partner. Betfair could purchase a casino and operate it, as there are several properties currently or nearly out of business and seeking buyers, though that decision would be costly and an entirely new direction for the company. The options for the global Internet gaming company are slim, so it remains to be seen what Betfair will do in the coming months.

What’s the bi deal? Didn’t they jump through all the hoops government and regulators asked them before they began? Have they done anything inappropriate? If they haven’t why don’t they let them be a stand alone operation. What if they partner with another casino that goes under? Then what DUH? The amount of money they made is miniscule compared to what they can probably do. While this internet ban has taken place in America other countries have prospered immensely. I just recently heard about poker pros who’ve left America because of the inability to play here in the US. The loss of revenue to our economy is staggering also. You gave them a chance, they’re afloat with the possibility of more growth leave them alone.