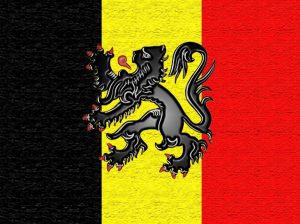 More than 79 Betclic Everest online poker players and other Internet gamblers are to be fined by the Belgian Gaming Commission for playing on the unlicensed site. (Image: missmanz.deviantart.com)

Betclic Everest poker players, beware: if you’re in Belgium, you could be in trouble for logging in to the site that’s unlicensed there.

And other online poker players in Europe who thought they could evade the legal crosshairs of their national gaming commissions could be in for a shock if more countries decide to follow the example of Belgium.

Stories of government agencies cracking down on unlicensed sites have become common in recent years; however, in general, players themselves haven’t been subject to any charges relating to playing on unregulated platforms.

But this trend changed recently thanks (or, should we say, no thanks) to the Belgian Gaming Commission (BGC).

In a bid to eliminate illegal iGaming activities, the BGC decided to fine 79 players for wagering money on Betclic Everest‘s dot.com platform. The site, which offers sports betting, casino games, and poker, has a long-running dispute with Belgium’s gaming authority which dates back to the start of last year.

Back in February 2014, the BGC seized €600,000 ($668,384) in player funds after it ruled that the site was operating illegally within the country. At the time, Betclic Everest issued a statement explaining that it was “surprised” by the move and it would work to rectify the situation as soon as possible.

Since that time, the operator has been on shaky ground within Belgian borders, and now it’s become the subject of further fines by the BGC. According to a statement by the government organization, the 79 players hit with €200 ($222) fines are the first of many more yet to come.

Despite maintaining that the BGC’s policy is to always target operators before players, the latest move seems to suggest that the gaming commission is intent to completely eradicate unlicensed sites from serving players. In fact, that move seems to have worked, as Betclic Everest has since pulled out of the country and blocked Belgium-based players from accessing the dot.com platform.

Unfortunately, this move appears to be too little too late, as the BGC has passed the case onto the Belgian Public Prosecution Office, which will now be pursuing the online poker operator for as much as €150,000 ($167,130).

Although Belgium’s move is somewhat unprecedented, it could become a more common phenomenon across Europe. Back in September, 2014, Munich’s Criminal Court convicted an online blackjack player of illegal gambling activities.

Although experts have suggested that this case is unlikely to set a precedent, mainly because the player was targeted initially for instances of social security fraud, the incident should raise at least a few eyebrows for those anteing up on unregulated sites.

While it’s always more likely that operators will face the wrath of government agencies before players, the latest moves by Belgium, as well as Germany, should serve as a warning to players in contentious iGaming markets.

Pays to play at legal sites … or pay the piper too.