Best and Worst of Poker 2017: Who Made Us Proud, Who Made Us Murmur, and Who Broke Our Hearts

Poker speaks to humans because, at the end of the day, it has everything: hope, despair, heroes, demons, and luck (or lack thereof). And 2017 certainly didn’t disappoint in any of these categories. Come take a walk back down memory lane with us as we remember who made us mad as hell, who made us cry, and who made us very proud of the poker community at large. 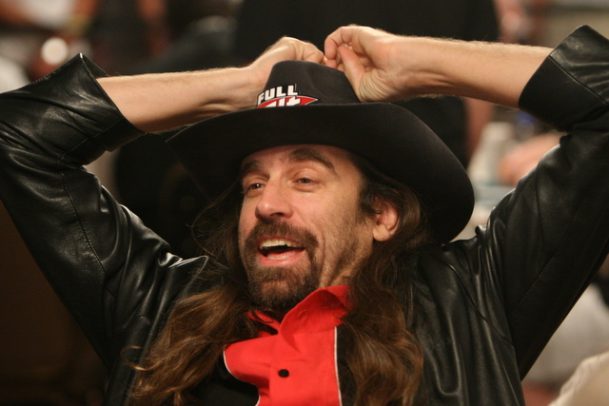 Chris Ferguson found success in 2017, which in turned made a large segment of the poker world annoyed as all get out. (Image: PokerListings)

The year kicked off with the downfall of the Players Poker Championship (PPC), which was charged with racketeering and fraud after several players did not receive their prize money. Lawsuits are pending, while owners Bryan Oulton and Sandy Swartzbaugh have disappeared from public view.

In March, Cate Hall and Mike Dentale played their live-streamed grudge match after the two got into a war of words on Twitter. While Hall won the match, there weren’t any big winners in what really became an ugly interchange.

In April, the Bicycle Hotel & Casino in Bell Gardens, California was shut down after federal agents served a search warrant as a part of their criminal fraud investigation. Rumor had it the feds were investigating possible money laundering, and once they finished up, the club promptly reopened. Nothing seemed to come from the raid other than giving the establishment a figurative black eye.

The same month, Travell Thomas was sentenced to eight years in prison after pleading guilty for his role in a $31 million debt collection scam. Thomas cried at his sentencing.

Over the summer, Full Tilt Poker villains Howard Lederer and Chris Ferguson got under the poker world’s skin when they joined Andy Block as a team in the $1,000 Tag Team event. They didn’t win, but while Lederer faded from the spotlight, Ferguson stayed in it as he amassed a ton of WSOP Player of the Year points, sparking a controversy in the process.

Speaking of the WSOP, the Series once again bore the brunt of poker players’ ire after using inferior cards, but seemed to earn back some good will when it abolished the November Nine and instead played out the Main Event in July.

In August, poker pro Zo Karim saw his reputation go up in flames after Matt Glantz aired some dirty laundry. Apparently, Karim had been scamming players by overselling action, which he copped to after drama unfolded on Twitter.

Another one who played the scoundrel was King’s Casino (in the Czech Republic) owner Leon Tsoukernik, who was called out by both Matt Kirk and Monte Carlo One Drop Extravaganza champ Elton Tsang. Tsoukernik denied the allegations and proceeded to host the 2017 WSOP Europe in his Rozvadov casino in November.

But while a Clark County judge dismissed eight of Kirk’s 10 claims in mid-October, she also ruled that claims of fraudulent inducement and unjust enrichment could continue on. With celebrity defense attorneys David Chesnoff and Richard Schonfeld on his side, don’t count Kirk out quite yet.

In the sad/bad news category, in 2017 the poker world lost author and Rachel Kranz after a private battle with cancer. Kranz had amassed almost $359K in live tournament wins since 2008.

Last but certainly not least, perennial Mission Impossible character actor and one-time Marylin Monroe beau Martin Landau, who starred in the hit poker film Rounders, passed away at age 89 on July 15 this year.

Looking for a Hero

And now, for the good news: there were plenty of bright spots in poker this year.

Back in January, American pro Dan Smith raised $1.7 million for charity. Throughout the year, dozens of other charity initiatives raised millions for recipients around the world. One that jumps out, though, was Ray Henson’s relief efforts (he literally got in a boat and started saving people) during Hurricane Harvey’s devastation of Houston.

After a highly publicized appearance at the PokerStars Championship Bahamas, comedian Kevin Hart formed a partnership with PokerStars in April to “make poker fun again.” Unfortunately, the effort took a back seat later in the year when he had to deal with a self-inflicted and very public infidelity fiasco.

Speaking of celebrities, Team PokerStars Online’s Kevin Martin left the game behind in May to participate in Big Brother Canada Season 5, which he won for $100,000 and a new car.

Over at the World Poker Tour, 2017 proved to be a year of shakeups. In May, it was announced that Mike Sexton, who had won a WPT title the year before, was leaving the commentator booth after 15 years to become chairman of partypoker. As a result, Tony Dunst was promoted to fill the empty seat next to Vince Van Patten, while Phil Hellmuth was brought on to take over as host for The Raw Deal.

There were plenty of “feel good” stories to come out of the WSOP this year, but perhaps none more so than James Moore winning the $1,000 Super Seniors for $259,230 and a gold bracelet. Amazingly, he went back-to-back, after winning it the year before as well, for $230,626.

Likewise, the induction of both Phil Ivey and the late David “Devilfish” Ulliott into the Poker Hall of Fame (HOF) was well received in the poker community.

Another player to break out at the WSOP was 64-year-old John Hesp, who captured the hearts of poker fans worldwide on the way to making the final table. He was entertaining, authentic, and genuinely had a good time, despite having to “settle” for fourth place and $2.6 million.

Hesp made poker fun again, and he did it without any scandal, so well-played, sir, well-played indeed.

poker players are ordinary people, problems with justicy and big loses could possibly happend when you have that large amount in your account and been adicted ..i am really proud for all those people who gave on charity their money and specially poker players cause their fortune helps others misforune.

We can say that poker reflects life. Good and bad news nice events and adventurous events! Generally poker player is a fighter and many of these winning fighters showed their morality and became a good example of humanity.