If the love affair between the seemingly inseparable Zack Morris and Kelly Kapowski on the hit 1990s TV sitcom “Saved By the Bell” wasn’t destined to last, it shouldn’t come as much of a surprise that, even after 11 ½ years together, Bertrand “ElkY” Grospellier and PokerStars are parting ways. 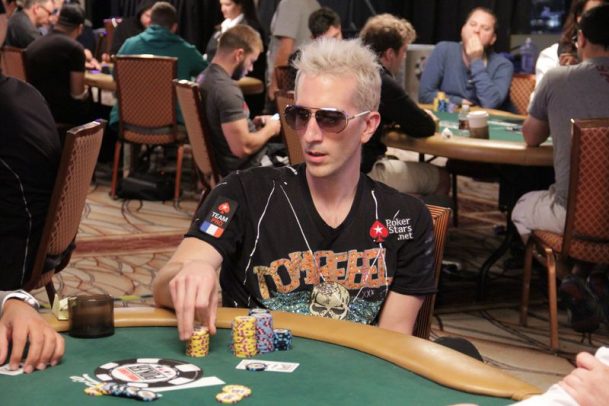 ElkY, one of the most talented live and online poker players in history, admitted in a post to Twitter that he has been unhappy with the poker site for the past few years, citing a displeasure with PokerStars for no longer considering the Team Pro members a “core part of their strategy.”

The French pro became the third high-profile Team Pro member to resign, joining fellow long-time ambassadors Vanessa Selbst, who left to take a job at a hedge fund, and Jason Mercier, who cited a need to spend more time at home with his wife and newborn child.

Despite voicing his displeasure, ElkY referred to his relationship with PokerStars as a “great partnership,” and said there were “no hard feelings” on what was a “wonderful journey together.”

Grospellier, also once a top-ranked competitive video gamer, said he is “eager to start a new and very exciting challenge,” but didn’t elaborate. His fans must wait and see what he has in store next, but it’s safe to assume he won’t be joining Selbst at Bridgewater Associates or changing diapers at the Mercier’s.

“I first learned who you were through how hard you crushed in Starcraft. I have no doubt in my mind you will crush whatever you set your mind to next. I wish you the best of luck on your new journey and I’m sure you will pwn n00bs where ever that is.,” Doug Polk, who defeated ElkY heads-up for the 2017 WSOP High Roller for One Drop bracelet, wrote on Twitter.

Grospellier, 36, is a virtual lock to join the Poker Hall of Fame, possibly even as early as 2021, the year he turns 40, the minimum age required for induction. He’s in the small minority of players who have crushed it both online and live.

His internet poker account (screenname “ElkY”) has won $2.85 million in prize money lifetime in tournaments and sit ‘n go’s, according to OnlinePokerRankings.com.

As a live tournament player, Bertrand is France’s all-time winningest player, with over $13 million in cashes. His biggest score came last summer at the WSOP, finishing 2nd in the $111,111 buy-in High Roller for One Drop for $2,278,657.

ElkY’s greatest claim to fame as a live tournament player occurred in 2011 when he won his first career WSOP bracelet, in a $10,000 buy-in no-limit deuce to seven draw event, which made him just the fourth player in history to have won WSOP, WPT, and EPT titles (dubbed poker’s “Triple Crown”).

But we’ll no longer see him wear the PokerStars patch during live tournaments, and it’s going to feel weird for a while.

Everyone’s run has to come to an end eventually.

I’m guessing that Elky may be one of the pros who’s made a fortune on crypto currencies…they all seem to be in crypto. Also, maybe Stars isn’t paying their pros enough to keep them interested anymore. Evolution of the poker economy I guess.