Actor Ben Affleck, a recovering alcoholic, played poker – and won – at Commerce Casino in Los Angeles on Saturday night under the influence, TMZ reports. He said in regards to his actions that he won’t let the misstep “derail me.” 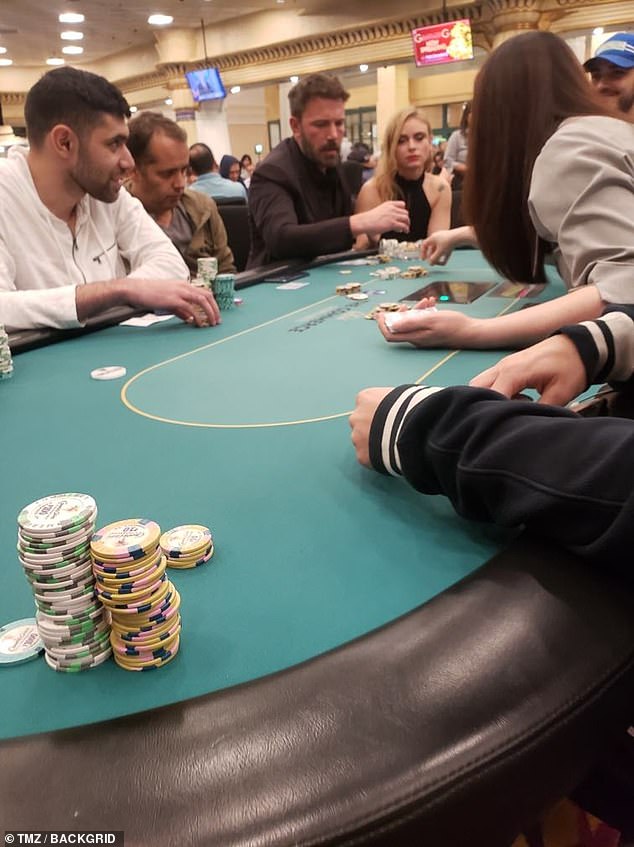 Ben Affleck pulled a drunk hit and run at the Commerce Casino in LA. (Image: TMZ)

Affleck reportedly bought in for $20,000 and cashed out after just 12 minutes with a $1,500 profit. So, you might say, he pulled a drunken hit and run. Fortunately, it was of the poker variety and not from behind the wheel of an automobile.

Ben Affleck Has a Relapse, Reportedly

The 47-year-old actor who owns two Academy Awards and three Golden Globe Awards was spotted by TMZ leaving a Halloween party on Saturday night wearing a white mask and black outfit. As you can tell from the following video, he may have had a couple or ten cocktails that evening.

Ben Affleck is a recovering alcoholic, so there’s more to this story than some guy plays poker drunk. On the same day he drunkenly visited Commerce, he promoted a charity – The Midnight Mission – which supports homelessness and helping to rehabilitate alcoholics. He even vowed to make a donation to the charity in an Instagram post Saturday. 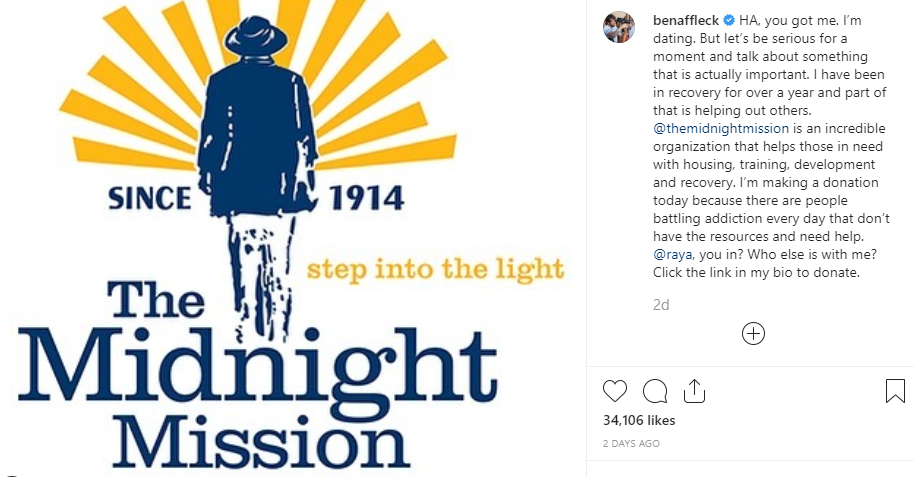 In footage obtained by TMZ, Affleck said of his relapse that, “it happens, it was a slip, but I’m not going to let it derail me.” The actor has been in alcohol recovery the past year.

“It doesn’t really bother me to talk about alcoholism and being an alcoholic,” he told USA Today in March. “It’s part of my life, something that I deal with. It doesn’t have to subsume my whole identity and be everything but it’s something you have to work at.”

Many of you might recall that beyond being an Academy Award-winning actor, Ben Affleck is also a poker champion. In 2004, he won the $10,000 California State Poker Championship for $356,400. He defeated a final table that included Amir Vahedi and John Esposito.

That is the only recorded live tournament cash of Affleck’s poker career. But he also competed in the WSOP Main Event, along with hid good buddy Matt Damon, multiple times in year’s past. And he has long been a regular in the celebrity high stakes poker scene in Hollywood.

IF he like to play drunk and it work for him…go Ben go! 😀

So! Is the news that Ben was allegedly drunk, or that he made a win at the tables? Or was it that he was earlier promoting a homeless charity? Whichever way it is, Mr Affleck has made himself and his charity, and his alleged drinking hit the press and got some exposure. Some exposure is better than others but in this day and age, any exposure seems to be a good thing….even if for not such a good reason. Good luck to Mr Affleck. Long may he promote the many vices and pitfalls of the world.