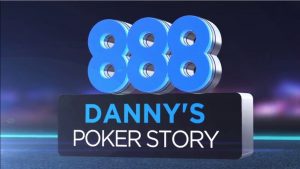 888poker is aiming to make players the stars of their own social poker show with its personalized video concept. (Image: 888poker.com)

888poker is aiming to take the idea of “poker-tainment” to the next level with the release of a new concept known as personalized videos.

Announced in an article posted on 888poker eMagazine, the idea is to take a player’s weekly stats and turn them into a personalized storyboard which they can then watch back and show off to their friends.

The mechanics of the personalized videos are simple: the software takes 21 different statistics from the player and then blends them together into a short video complete with animations and commentary.

Review Your Week in all its Glory

Players opting to create a weekly storyboard will be able to see highlights of their biggest winning hand, where they rank in their country in terms of profit, how aggressive they were and more.

The new feature is currently being tested on group of 888poker players, but following the initial testing period the operator confirmed to Pokernews that it will be rolling it out across its network.

To give players a glimpse into how a storyboard will look, 888poker has put together a sample piece which can be seen below.

888poker has always been a site that’s prepared to embrace new technology and ideas to create a more social gaming environment.

Its webcam tables are still something of a novelty in the online poker world, but they remain a popular choice among recreational players, which is clearly the demographic 888poker is catering to with its storyboard idea.

In fact, the idea of making players the “stars” of their own poker adventures is concept Alex Dreyfus and the Global Poker League have also been working on over the last few months.

Instead of pitting the top tournament players against each other at a standard poker table, Dreyfus came up with the idea of The Cube.

The main idea behind new stage was to create a space where the players could play in isolation while the audience viewed the action as well as a stream of information projected onto The Cube.By doing this Dreyfus is hoping to create a more interactive poker experience which takes the game beyond its current state and makes it a more entertaining product.

The same could also be said of 888poker’s storyboard software. By turning a player’s performances into bite sized videos, the site is essentially making them stars of their own shows, shows which can then be shared with the masses.

For some players the idea of a video replay of their time online will seem like another novelty, but for casual players it’s likely to be another reason to ante-up and that should benefit everyone in the community.

I highly doubt this will have any positive effect on casual players as far as hoping they’ll play more. Who comes up with these ideas for 888Poker? This one seems like a huge fail imo.

I rarely play on 888 these days but did play a few hands of micro (5nl) SNAP during the CC game. When I logged in next on 888, it gave me my own personal video account of my previous week, building up the story line as if it were some great accomplishment to have been able to play a whopping total of 67 hands!!! And you won some too!!!
so ridiculous