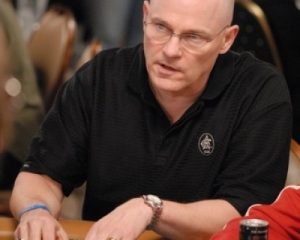 As everyone knows who’s ever played or watched a tournament on TV, the world of poker is full of knuckle-biting drama. One only has to look at the ups and downs of the recent 2014 WSOP for their entertainment fix.

But when it comes to drugs, suspicious deaths and accused murder? Well that sounds like a Vegas mobster movie where a game of cards is just an afterthought. Yet in the case of Alix Tichelman, there is a surprising connection to the world of poker.

Alix Tichelman, a 26-year-old model who police also describe as a high-end prostitute, has been charged with felony manslaughter in the death of 51-year-old Google executive and father of five, Forrest Timothy Hayes. She also faces charges for possession, administration and transportation of drugs, destroying evidence and prostitution charges.

Authorities say that Tichelman injected Hayes with a lethal dose of heroin on November 22, 2013 and then left him to die aboard his yacht the “Escape.” On July 16, she plead not guilty to the manslaughter, drug and prostitution charges. According to Judge Timothy Volkmann, Tichelman could face up to 15 years in prison, if convicted.

Caught in the Act

Both Tichelman’s tattoos and fingerprints on the glass of wine should help authorities further identify her in the footage, so obviously she wasn’t as good at murder as she was at seduction. 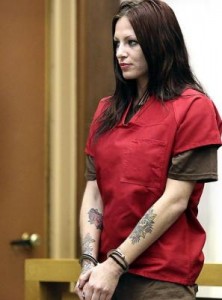 Tichelman was arrested last week when detectives posed as a potential client willing to pay her $1,000 for sex. Police lured her to an upscale hotel in Santa Cruz County. It’s reported that Hayes and Tichelman met on SeekingArrangement.com, a website “for sugar daddies and sugar babies.”

Public defender Larry Biggam, who is representing Tichelman along with colleague Athena Reis, says the case isn’t one of murder.

“Why would she?” Biggam asked the press outside of the courtroom. “He was a lucrative source of income to her. She appreciated his generosity and she had a motive – if any – to elongate, not end the relationship. At the end of the day, all the sensation and the hype is not evidence.”

While that sensation and hype might not be evidence, it doesn’t change the fact that Tichelman is involved in a similar death. In September 2013, 53-year-old bar owner Dean Riopelle, Tichelman’s boyfriend at the time, died of a heroin overdose in Georgia. Tichelman called 911 to report that she had found Riopelle after he had overdosed.

Riopelle was an alcoholic but, according to friends, had been sober for years, and was a good father and a good businessman. His relationship with Tichelman was seen as very combative. Khristina Brucker, a live-in nanny at the couple’s house, says she left her job because of Tichelman’s abusive treatment of Riopelle’s children.

Though Riopelle’s death was ruled accidental by a medical examiner, the similarity with Hayes’ death is causing Georgia authorities to re-examine the case. Warren Ullom, an ex-boyfriend of Tichelman, was convicted of voluntary manslaughter in 2010 after a woman he was with died of a lethal dose of heroin.

Alix’s father Bart Tichelman attended the hearing with mother Leslie Ann and younger sister Monica. Though present, the family has declined to comment on the case outside of court. Bart is the CEO of Folsom, California-based SynapSense, a firm that manages data centers around the world.

Many might recognize Bart as an avid fan of poker and a moderately successful player. His twitter feed is packed with numerous updates about poker and hands he has played. In total, Bart has earned $433,663 in winnings. Of that, $428,210 came from a 2008 World Series of Poker Circuit event in Tunica where he came in first. Avid followers of the 2014 WSOP might remember him from Event #51, a $1,500 No-Limit Hold-em Monster Stack, where he came in 736th place and earned $2,759.