Poker power couple Barry and Allyn Shulman are auctioning their Las Vegas penthouse on October 18. The duo, who together have amassed almost $6.5 million in live tournament winnings, have a long history in the industry. 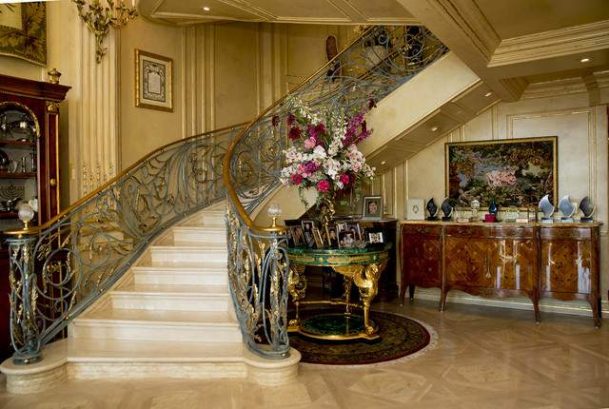 Barry and Allyn Shulman have put their Las Vegas penthouse up for auction, but only expect about half of the $8 million outlay to come back to them. (Image: Tonya Harvey/Real Estate Millions)

The Shulmans, together and separately, have been active in the industry since before Chris Moneymaker even considered a run at the WSOP Main Event. And the poker talent genes have been passed on to their son Jeff, who boasts $3.5 million in live event wins all by himself, putting the entire family haul over $10 million mark.

On top of decades’ worth of experience at the felt, Barry Shulman also founded one of the first major poker publications with CardPlayer Magazine.

Although less significant than it used to be, the magazine can still be found in casinos across the US, and now acts as an accompaniment to the publisher’s online site. Thanks to this long history in the game, the Shulmans were able to spend $8 million on their Vegas pad, and in Las Vegas, $8 million still goes a long, long way.

According to Concierge Auctions, the high-end auction house responsible for selling the property, the couple paid $2.5 million for Desert Inn Road penthouse back in 2004. At that stage, it hadn’t even been built, and the Shulmans saw it as a gift to themselves following their marriage.

Once it was developed into a sky-high Las Vegas home, the couple spent another $5 million on renovations to give it a “Versailles” theme, worthy of the one-royal French Bourbons, or at least of their eponymous alcoholic beverages. Although Barry admits that the style won’t be to everyone’s taste, it was what his wife, possibly Marie Antoinette in a previous life, wanted.

“Even though Allyn wants Versailles, which is exactly what the first and second floor are, she had a son and a daughter and they often visited us. So the third floor has a theater and a karaoke bar,” Barry told the Las Vegas Sun.

History be damned. After all, this is Sin City, where Paris and New York and Egyptian pyramids all merge into one halcyon metropolitan fantasy.

Of course, a background in poker doesn’t necessarily mean someone will have an eye for real estate, but that’s where Barry had an advantage. In addition to mastering the media side of the industry since the 1990s, Shulman also has a real estate business, and used his expertise to finalize the construction.

This attention to detail and willingness to spend a healthy chunk of change on a three-story penthouse that overlooks the Las Vegas strip should have proved to be a healthy investment for the Shulmans. Unfortunately, the current resale estimates are below what Barry would have hoped.

“You don’t get out the extra money for the finishes. We’ll probably get more or less than half of what we put into it,” said the poker player. That expectation is mirrored on the Concierge site, where the expected (and reserve-less) asking price is just a little more than half of that $8 million outlay.

If that’s the case, then why are they selling at all? To be closer to their grandchildren, apparently. Although poker players aren’t usually in the business of making -EV moves, it seems that family comes before money at this stage in the Shulmans’ lives.  And we’d call that a good fold.