Welcome to my new column, Fox’s Bad Strategy Advice. I’ve spent 15 years teaching poker and sharing my best strategy advice, but all that is about to change.

Seriously, this is all a really bad idea. (Image: Chris Wallace)

For some reason, no one has ever been willing to pay me for bad strategy tips in the past, so they’ve just piled up, stored in a folder on my hard drive simply titled “Stuff Not to Do”. But the good advice is pretty much empty, all dispensed at various training sites and in magazine articles. So, when CardsChat approached me about a weekly poker advice column, I told them I wasn’t sure I had enough good advice left in me to write something new every week.

“What about bad advice?” they asked. “Maybe even mediocre advice would be fine.”

Well, that’s exactly what I needed to hear. I have enough miserable poker tips to write this column for years and, when I run low, I can always play another tournament and listen to the “experts” tell each other how to play. Nearly every tournament I play is full of nuggets of wisdom that will keep this column running indefinitely. This week, I want to address a common problem for players who are just starting out. How to find a call when you know you’re beat.

Now an experienced player has all kinds of reasons to make a bad call. They’ve spent years looking for excuses and coming up with ways to justify a terrible call on the river when they’re sure they’re facing the stone nuts. But a new player — someone who is just starting to study the game — will often have trouble finding a good explanation for why they made a bad call.

Old-timers will find this tip useful too; it’s a new approach to getting rid of your chips that wasn’t around when they were just learning how to complain about preflop play after calling a 70 big-blind shove on the river with a pair of kings. Because this week’s tip mixes in some combinatorics. 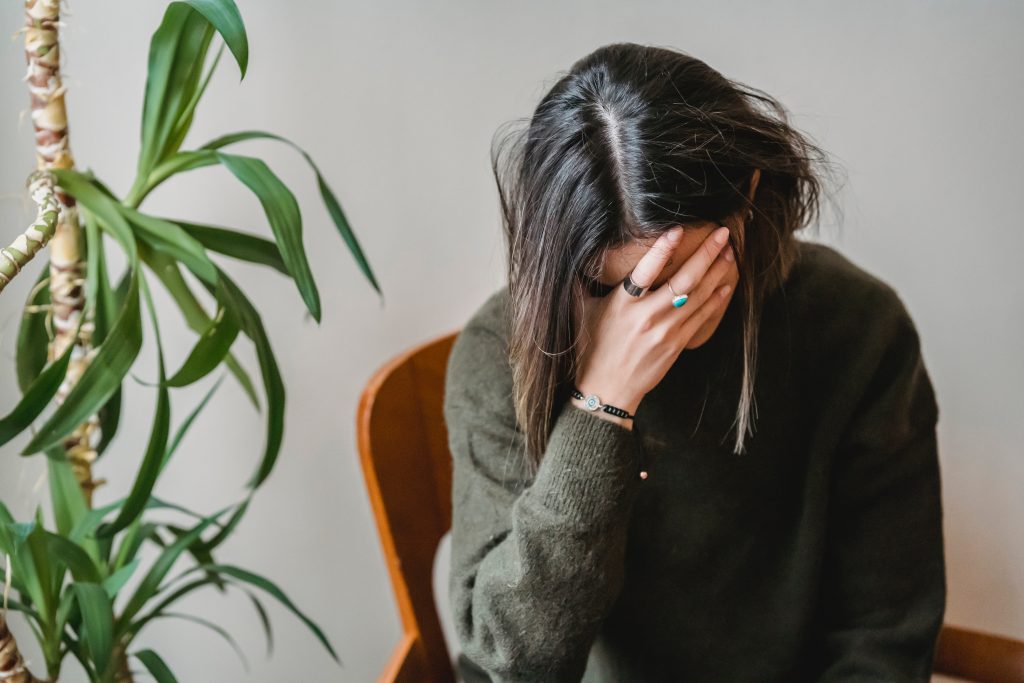 Initial reader response to this article has been… well… mixed. (Image: Liza Summer)

“Fox, what are combinatorics? That sounds complicated,” you probably wouldn’t say.

Well, combinatorics is a branch of mathematics that deals with counting and numbers of things. The best poker players in the world use combinatorics to narrow down ranges and find accurate hand frequencies within those ranges.

“How will that help me justify a bad call?” would be an unlikely follow-up question from you.

The simple answer is that the rest of us can use combinatorics to ignore obvious signs that our opponent has the nuts. Using combinatorics, and ignoring everything else, can often be a great way to mathematically prove that your terrible call was, in fact, correct. Let’s look at an example.

Your opponent is an old man who hasn’t played a hand in two hours. He retired from his union pipefitter job sometime in the ’80s, but he still has the hat from Local 1847, which, coincidentally, is also the year he was born. He stopped bluffing forever after his continuation bets were called three times in a row, once in 1984, again in 1991, and a third time in 1996. His cups of coffee to hands played ratio (Co-C2-HP for short) is four to one.

He raises under the gun to six big blinds. You, wisely, call this raise with a pair of sevens and 50 big blinds behind, because he probably has Ace-King.

Narrator – “He never has Ace-King”

The flop is a dream for you, A-J-7. Jackpot. You’re ready to call his all-in bet and double up, when he confuses you by checking. A check? Oh no. He must have kings or queens. So you wisely slow play trying to entice him to bet.

The turn is a blank and your plan worked. He bets half the pot, which sets up a perfect shove on the river. You’re a genius. You call.  The river is also a blank. The card is literally blank. The dealer calls the floor, who is a sleight of hand magician. He waves a handkerchief over the card and it turns into the 3♣. Everyone applauds and your opponent goes all-in.

Crap. This guy would never run a bluff this big would he? Over betting the pot as a bluff is nearly unheard of from a guy like this. And it sure doesn’t feel like one pair. But how can you fold now when flopping a set was your whole plan? There’s not even a flush or a straight on board. Folding a set here would be torture. So you go into the tank, looking for a reason to call.

That’s when you remember combinatorics from that time when you had a membership to a training site for a month and watched 20 minutes of a video from some math wizard with a couple bracelets and a cool screen name. Math for the win!

Quickly calculating, you go to his preflop range, which you think was big pairs, queens or better, and Ace-King.

Narrator – “Again, he never has Ace-King.”

You ignore the narrator, who probably doesn’t know about combinatorics, and run the numbers for yourself. 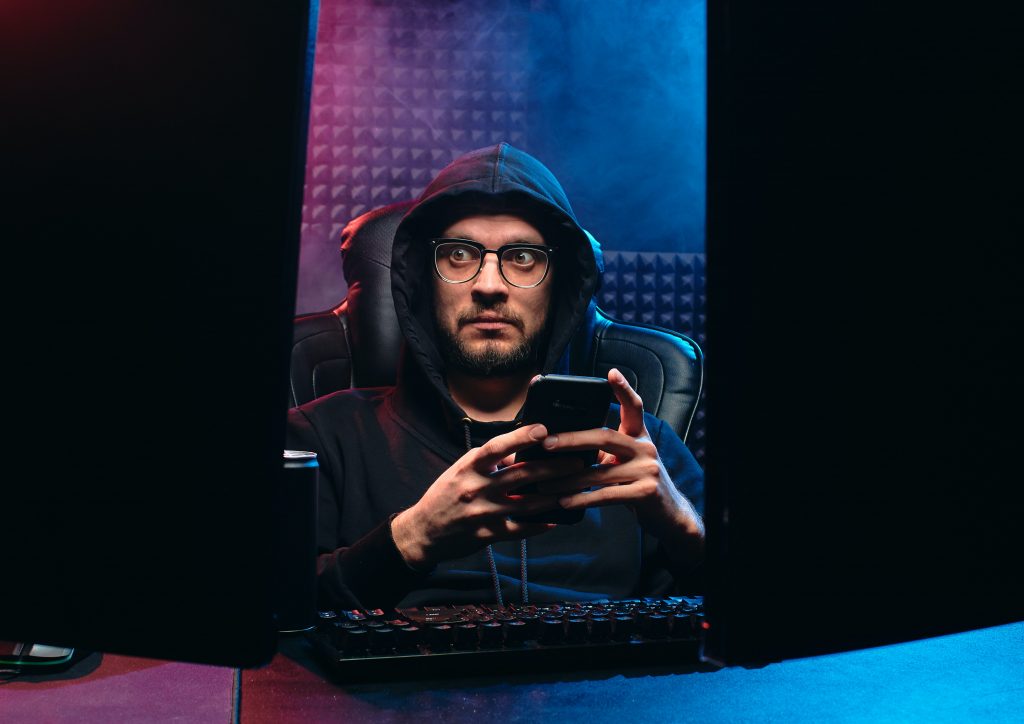 This guy is learning so much already. (Image: Mikhail Nilov)

“He can’t possibly have jacks,” you say to yourself, though you have no reason for believing this and no idea how he would play jacks any differently.

This leaves twelve combos of kings and queens for his bluffing range, and a value range that includes nine combos of Ace-King and three combos of aces.

“Clever of him to balance his range,” you think to yourself. “Solid player.”

Narrator – “He always has aces. He checked the flop because he has aces. Always.”

You cleverly ignore the narrator because he doesn’t even have a circuit ring, let alone a bracelet or an ironic screen name like DonkeyBluffer420. He knows nothing.

Narrator – “He has aces though.”

Now you know that your opponent can only beat you with three of his combos while you’ll win against the other 21. You’re a seven-to-one favorite to win the pot, but it feels wrong. Something is tugging at your sleeve, making you rethink your decision and run the math over again in your head.

Narrator – “It’s probably the fact that he obviously has aces.”

But the math checks out, and you definitely don’t want to fold a set here. That would be no fun at all. Besides, if you lose, you can change a few minor details and turn this into a bad-beat story that you can tell your friends about. They’ll be fascinated by this story and will give you lots of sympathy because they genuinely care about your bad beats.

You make your decision. You must follow the math. You toss in a single chip with confidence and flair. The old man looks over the board, confused.

“Is there a straight out there?” he asks.

Then he rolls his hand over, and you see that the one-in-eight chance has come in and he has a set of aces. Such miserable luck. You show your hand so that everyone will know that you had no other choice. It was just the fates, the evil poker gods, and the variance that all great players deal with from time to time that’s busted you today. It’s not your fault.

You made the right call, and the math checks out, so you walk out with your head held high, pockets empty and hanging out of your pants like elephant ears. You go looking for your backer to tell them about how you ran into set over set against some old guy who didn’t know what he was doing.

And that, dear reader, is combinatorics. A useful tool for all kinds of bad plays. Learning to wrestle the math into giving you what you want is an important skill if you’re going to go from a recreational bad player to a well-known and highly respected loser who can justify any play at any time.

I’ll be back next week with a bit about how to play suited connectors in a four-bet pot out of position. You’re gonna love that one.

Narrator – “You’re not gonna love it. This is so dumb.”

What an awesome article! The Narrator part gave me a good belly laugh while imparting important psychological and theoretical points. Thanks for the belly laugh! Keep ’em coming!