The 2018 PCA is entering its final stretch, and some notable players have claimed titles in the past few days. Maria Konnikova, a bestselling author who only learned to play poker a year ago, took down the PCA National Championship, while seasoned veteran Steve O’Dwyer emerged victorious in the $50K High Roller. 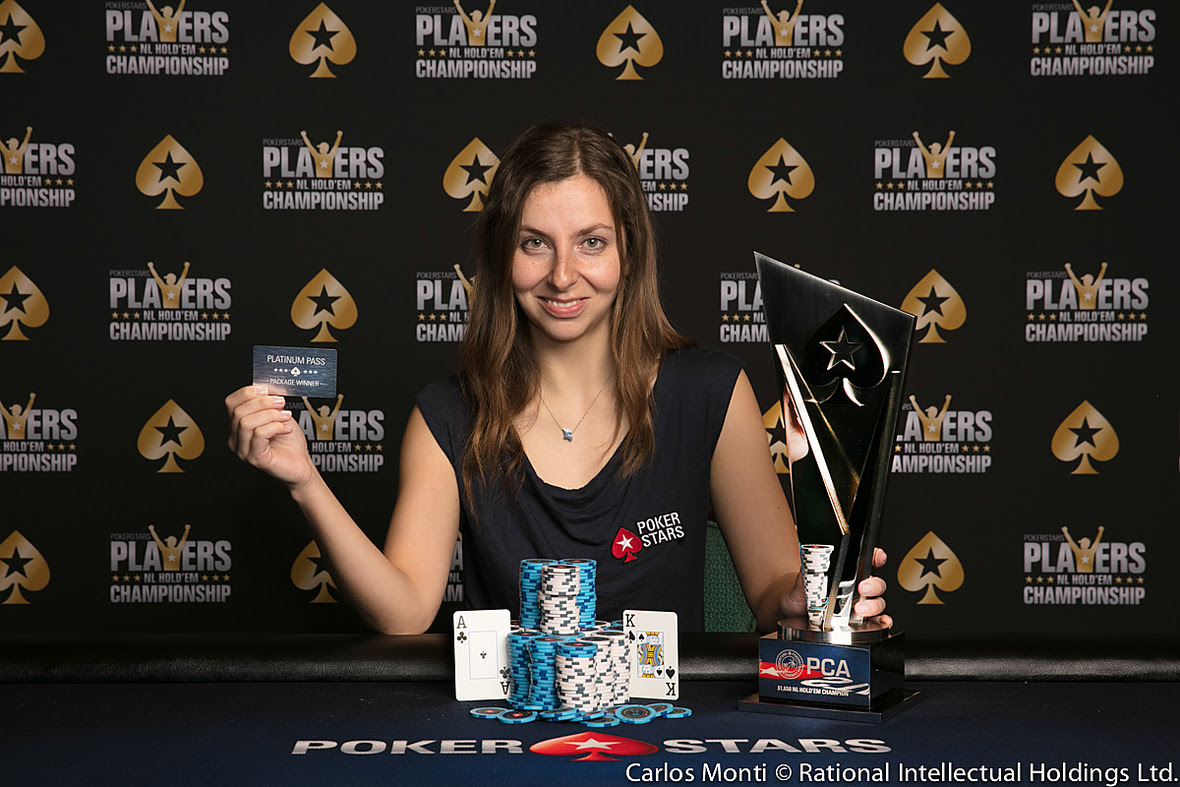 Maria Konnikova took down the PCA National for $84,600 and a Platinum Pass to the 2019 PSPC. (Image: Carlos Monti/PokerStars)

One year ago, 33-year-old Maria Konnikova, a best-selling Russian-American author, decided to take up poker as part of a book project in which she would chronicle a year on the poker circuit under the tutelage of the legendary Erik Seidel.

“It feels really amazing. I’ve been working really, really hard and it feels so validating to achieve this,” Konnikova told PokerStars officials. “My next book is about poker so this is how I got to where I am right now. I did start poker from scratch a year ago.”

“I have the best coach in the world, Erik Seidel, so I’ve been very, very lucky to have amazing training to be able to reach this moment.”

According to Konnikova, Seidel gave her both mental and moral support throughout the final table, which included outlasting the likes of 888poker Ambassador Chris Moorman, 2010 PCA champ Harrison Gimbel, and poker pro Alex Ziskin.

Konnikova’s published work includes “Mastermind: How to Think Like Sherlock Holmes” and “The Confidence Game: Why We Fall for It Every Time,” both New York Times bestsellers. “The Biggest Bluff,” is slated for release this December, though she may need an extension to fully tell her new poker story, as part of her prize includes a trip to the 2019 PokerStars Players Championship. 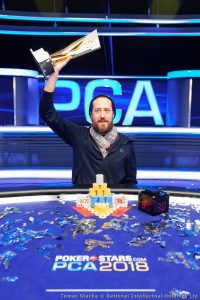 In other 2018 PCA news, the $50,000 High Roller tournament attracted 31 players (and 15 rebuys). With a 46-entry field, the final six got paid, and 35-year-old Coloradan Steve O’Dwyer walked away with the title for the second time in the event’s three-year history.

O’Dwyer began the day third in chips and found himself in heads-up play against Byron Kaverman, who began with the chip lead. Kaverman relinquished the chip lead after O’Dwyer won the first five hands of the match, and after 126 more hands at the final table, things came to a head.

Really well done by both. I saw Maria on the Main event Live stream doing an interview she sounded via knowledgable and excited to be in Bahamas.

Well done to Steve as well he was down for much of that Final Table he is a great player as is Bryon.