Author Maria Konnikova began writing The Biggest Bluff, a book on using poker skills to become a better decision-maker but has put that project on hold to play poker full-time after winning more than $200,000 conducting “research” at the poker tables. 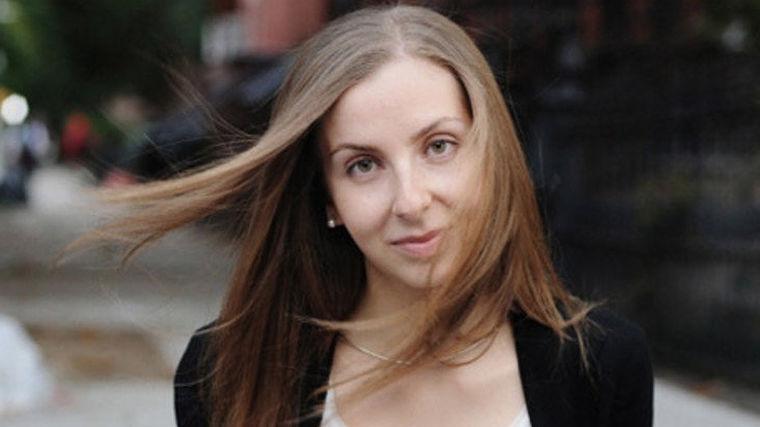 Author Maria Konnikova quit writing a poker-related book before completion because she was busy winning too much money at the poker tables. (Image: Deadspin)

The 34-year-old creative writer with a Ph.D. in psychology from Columbia University announced her plan to write the poker-related book just over a year ago. But the New York Times-bestselling author, who hadn’t previously played the game, found that poker was an even better way to earn a living.

Easy Way to Make a Living…For Some

Some poker players grind for years before figuring out how to play winning poker. Konnikova, on the other hand, is clearly a natural.

She won over $200,000 at the poker tables since she started writing The Biggest Bluff, including $84,600 for 1stplace in a $1,650 buy-in tournament at the PokerStars Caribbean Adventure in January. Perhaps, that psychology background is coming in handy in ways she never expected.

Prior to beginning her book research, poker was a foreign concept to Konnikova. She didn’t even know how many cards are in a deck before she started playing. Less than a year later, she had won a major poker tournament. Not too shabby for a beginner. Or, anyone, for that matter.

“I’m certainly far from the first writer to play poker,” Konnikova tweeted. “But as far as I know, I am the first to go from not knowing the number of cards in a deck to winning a major title within one year.”

Seeking Advice from the Pros

While Konnikova was still interested in writing her poker-related book, she sought the expertise of a few poker greats. Erik Seidel, Jason Koon, and Isaac Haxton, three of the top high stakes players in the world, gave her some advice about the game.

That advice was clearly valuable, as she used it to become a winning player. Her book is now on hold as she now finds it more enjoyable to crush souls at the poker table, and who could blame her?

“I should have had a first draft in long, long ago,” she told The Guardian. “I could never have predicted that I would ever be where I am now. I started this project with absolutely zero background in it.”

Despite her newfound love of poker, she said she isn’t giving up her writing gig and plans to write and play poker professionally in the future. Konnikova has previously published three books, including the New York Times-bestseller, The Confidence Game, which teaches readers how to spot a con before the con spots you.

This is fantastic and further evidence of the value of research and application..well done Maria, you are an inspiration to us all.

That really nice, I did see konnikova in other tournaments and she still always like she have all under control. And now I have see that she still writing POKER BOOKS. I will go look for it. Sound like