Australian Poker Open: Timothy Adams Comes Out on Top Down Under

After a blistering start from Mike Watson, more winners have taken the podium at the inaugural Australian Poker Open. 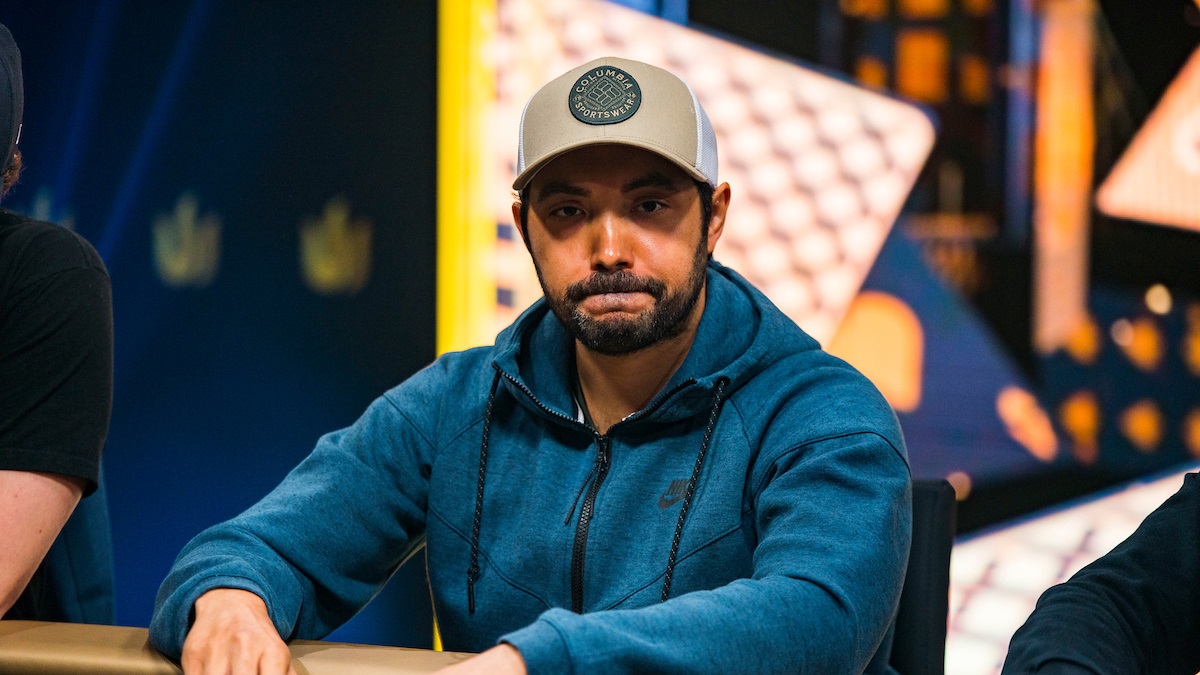 Timothy Adams has taken his live earnings to $19.1 million after winning Event #3 at the Australian Poker Open. (Image: Triton Poker)

Lee Starts on Top, but Adams Wins Down Under

After an initial flurry of action on Jan. 27, six players returned for the final table on Jan. 28. Andy Lee led the way at the start of play, closely followed by British high-stakes hotshot, Stephen Chidwick.

With deep runs in Triton events, including the Super High Roller in London, Chidwick was one to watch. However, when the chips started to fly, it was Adams who took flight.

Holding just over a million chips, the Canadian pro sat back and watched as Chidwick took out Aaron VanBlarcum at the start of Day 2.

Calling VanBlarcum’s all-in, Chidwick scooped the pot after his pocket sevens held up against ace-three. He went on to parlay that elimination into another scalp just a few hands later.

Orpen Kisacikoglu may have been enjoying his second final table of the Australian Poker Open, but he ran out of luck with ace-queen. Moving all-in, the Turkish pro couldn’t catch a break or a pair against Chidwick’s ace-king.

With that, the final table was down to four, and Chidwick looked like a lock for the title. However, Adams had other ideas. Once Andy Lee had dispatched with Steve O’Dwyer, Adams made his move. 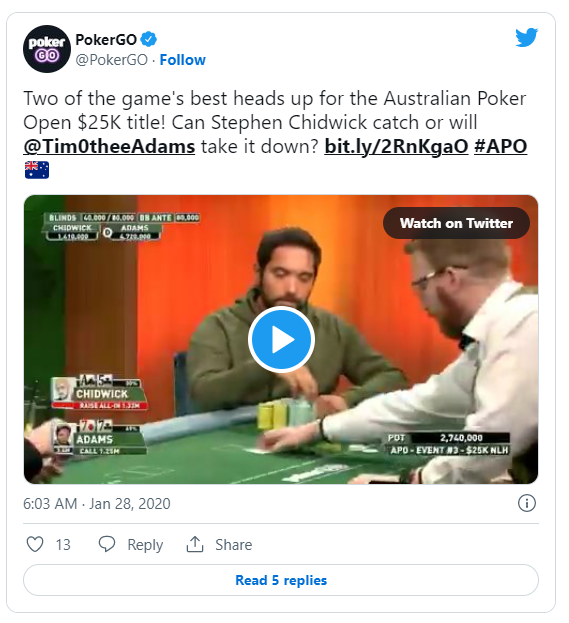 In a pot against Andy Lee, Adam’s made a king-high flush on the river to set up a final showdown with Chidwick. With plenty of history between them, Adams and Chidwick knew the final fight would be a tough one.

In the end, pocket sevens ended Chidwick’s run. Looking down at A♣5♣, he contemplated his options before moving all-in. Adams called with 7♦7♣, and watched as the board ran out 3♠K♥6♣3♣5♠.

An embrace between the two finalists brought Event #3 to an end and gave Adams his first Australian Poker Open title.

While Adams was climbing to 28th on the all-time money list, Farid Jattin was starting his run in Event #4. 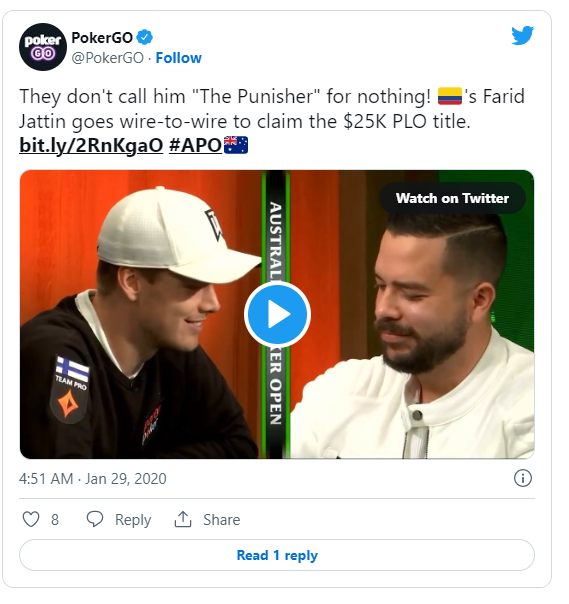 That small but high-quality field was enough to generate a $489,719 prize pool. When the last chips fell, Jattin picked up $195,888 after beating Joni Jouhkimainen heads up.

Now that two more winners have been crowned, the race to become Australian Poker Open Player of the Series is taking shape. Mike Watson is currently at the top of the charts with 450 points. With three more events, plus the Super High Roller Bowl Australia, left to play, things could quickly change Down Under.