Australian online poker might be under threat from the government, but players Down Under are vowing to do all they can to fight the game’s internet exit from its shores. 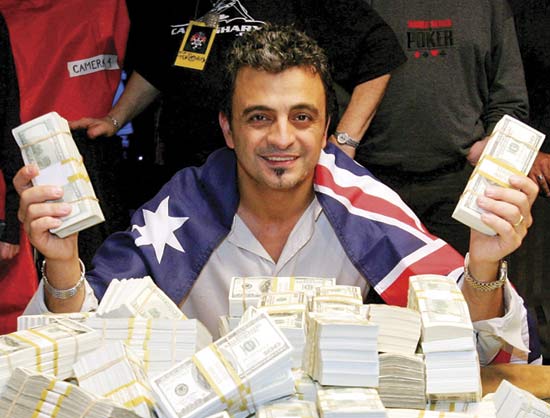 Internet poker has always been the forgotten child of the Aussie iGaming industry, but that’s suited some players and operators just fine. Unlike sports betting, in particular in-play betting, which falls on the wrong side of Australia law, poker has hovered somewhere in the middle.

Out of the Gray and Into the Light

With the federal government relatively ambivalent towards the industry over the last decade, Australia has become one of the most active online poker markets in the world. In fact, through a combination of live events such as the Aussie Millions and high-profile players such as former World Series of Poker Main Event champion Joe Hachem, online poker has thrived across the country.

However, all this came under threat in November 2016, when the Aussie government introduced the Interactive Gambling Amendment Bill. Although online poker isn’t the direct target of the bill which aims to ban unlicensed offshore operators, the industry has been caught up in the crossfire.

If the bill comes into effect in its current state, it would make it extremely difficult for remote operators to continue offering games, including poker, within Australia. Although it wouldn’t be impossible, the licensing process would likely be too restrictive to make it a viable option.

With this being the case, online poker as Aussies currently know it would come to an end. In fact, ahead of the proposed legal changes, 888poker left the market in January, while PokerStars has said it would do the same if things don’t turn around.

In an effort to avert the implosion of the industry, Australian players have joined together to form the Australian Online Poker Alliance (AOPA). Serving a similar function to the Poker Players Alliance, which continues to fight for online poker in the US, the AOPA has created a petition via Change.org.

The AOPA is now asking all players to sign the petition, which calls for the government to create an exemption for online poker in the Interactive Gambling Amendment Bill of 2016. In addition to the petition, the AOPA is using the Australian Taxpayers’ Alliance to contact local politicians.

“This is a sport enjoyed by thousands of Australians who just want the right to spend their hard-earned money and free time using their skills playing a great game,” reads the contact form’s opening blurb.

Players wishing to contact their local representatives can fill in their details on taxpayers.org and the system will send a pre-filled email to the relevant members of parliament (MP). Beyond the official forms of protest, internet forum members are working to try to influence the situation in any way they can.

Already, 2+2’s SwoopAE has asked Hachem to try to get his friend Shane Warne involved with the fight. Similarly, JoeyDel is handling the official contact form and raising awareness of the issue, in a bid to keep online poker on the cyber table.

Governments want their cut of the pie.

But… I’m pretty sure online poker has ALWAYS been banned in Australia, at least dating back to the Howard government in the 00’s. It’s been a long, long time since I last looked at the legislation but from memory it’s always been illegal for sites to offer the service to Australians (though notably, IIRC, there’s no penalties for players in Australia using the service). The thing is it’s just never been a law that’s been enforced, I guess because it’s impractical and expensive to chase offshore companies and it’s possible they just don’t care that much.