The 2018 Aussie Millions is in full swing right now, but despite a record turnout for the Main Event, the stop hasn’t been without drama. After just four players participated in the $50K Challenge, eventual champ Sam Greenwood took to Twitter to call out German players for tournament scouting. 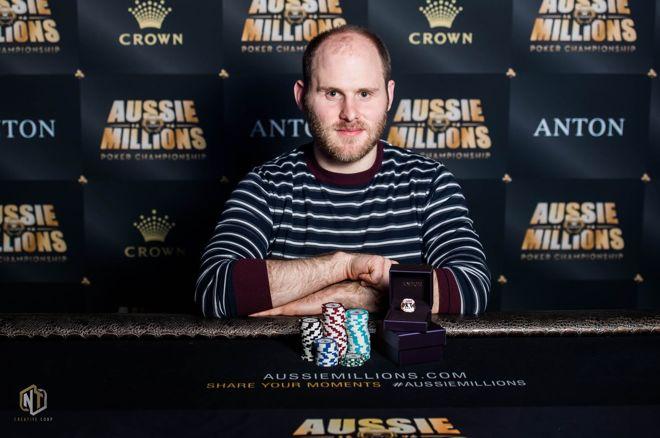 The 2018 Aussie Millions $50K Challenge was scheduled as a three-day event but it took just one to finish. Despite high roller players such as Ben Lamb, Mustapha Kanit, and Tom “durrrr” Dwan all being down in Australia, the tournament drew just four runners — Greenwood, Jan Schwippert, Alex Foxen, and Koji Fujimoto.

Six hours later, Greenwood beat Schwippert for the title and $94,105.

The next day, he took to Twitter to vent about the recent trend of players waiting to jump into high roller action, which was an issue in December’s PokerStars Championship Prague. In particular, he called out the German high roller contingent for tournament scouting.

“I’m getting some hate out,” Greenwood tweeted. “If you are milling around the tournament room, waiting to see if a High Roller ‘gets good’ you should be forced to wait in a Pen of Shame … Also if you’re unwilling to start games or show up on time you aren’t the best in the world.”

At the end of that tweet, he included a picture of the German flag.

Greenwood continued: “This isn’t just about what happened yesterday. Look at the Prague 50k. Two good recs were regged from the start and most of Team Germany hung around in the tourney room like vultures waiting for worse recs to join the tourney. It’s predatory and cowardly.”

It didn’t take long for German players like Koray Aldemir and Poker Masters champ Steffen Sontheimer to answer the criticism.

“These tweets are laughable on so many levels, Sam,” Aldemir shot back. “While most Germans weren’t even there, the 2(?) of us that didn’t play from the start in Prague had issues with buying in and were super annoyed for not being able to play right away (after flying in from Vegas exactly for this).”

Sontheimer offered his two cents: “Just wtf… still not over your limpraise against outofturn–openraiser on PCA and you start the next shit. And ffs stop including [Dietrich Fast] in “team Germany” … Grow up and enjoy Melbourne.”

“Didi, Christner, and Klaas ‘couldn’t’ play unless Fujimoto regged first. The guys on the rail decided to play chicken with Fujimoto instead of just hopping in.”

To put it another way, Greenwood speculates the three other players weren’t permitted to play by their backer(s)/investor(s) unless Fujimoto, who was considered the soft spot, was in the field.

High roller regular quickly chimed in to show his support for how ARIA incentivized players to register. In last year’s Poker Masters, those who were there for Hand #1 didn’t have to pay the rake. It’s certainly an enticement to players and could help prevent the Prague and Aussie Millions high rollers debacles from occurring elsewhere.

Finally, the Aussie Millions has already announced their dates for the 2019 festival. The 2019 Aussie Millions is set to run from Tuesday, January 15 through Monday, February 4. The schedule is three weeks long and includes 26 ANTON Jewelry gold ring vents ranging from A$1,150 to A$50,000 buy-ins.

Next year’s Main Event will span eight days and include three opening flights from January 27-29.

dont know is true or di sam just see it that way, but I can understand his frustration. We all know what “bumhinting did to HU sngs/cash” so although it’s harder to implement in MTTs but still possible, so am kinda torn between “u sure ’bout that bruh” and “hell yeah”…

I do not know what to say. I expected more from such tournaments, but not 94K of the win considering the 50K buy-in. Among the millionaires, the level of competition is not high.