Who says that winning a major poker tournament such as the Aussie Millions Main Event requires experience?

Just ask Shurane Vijayaram, a native Australian. He took down the tournament for $1.2 million, outlasting 752 players, many of which were among the best players in the world. 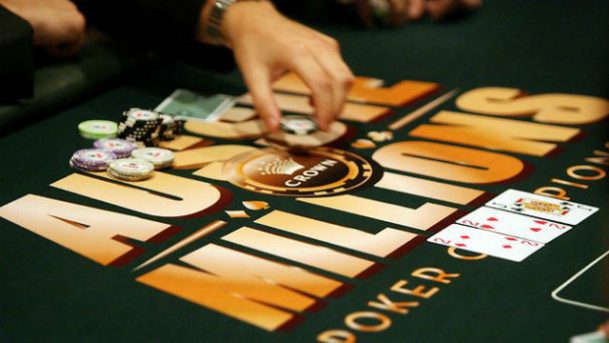 Fedor Holz final tabled a pair of Aussie Millions events, but it was Shurane Vijayaram taking down the Main Event. (Image: pocketfives.com)

To give you an idea of Vijayaram’s tournament experience, the $1,208,368 he won brings his career earnings in live tournaments to…$1,208,368. Sometimes having “home field advantage” is a benefit. He got into this $10,000 buy-in event by winning a $130 satellite a week earlier. That’s quite a return on investment.

When the final table began, he had more than a 2-1 chip advantage over his nearest competitor. The tournament ended with some fireworks. Ben Heath bluffed off his entire stack and Vijayaram made a sick call.

This wasn’t a final table of nobodies. Fedor Holz, considered by many the greatest player in the game, finished in 5th place ($253,002). He entered the final table with the smallest stack and was never able to spin it up.

Holz, now considered a “semi-pro” after partially retiring from poker, hadn’t played in months before the Aussie Millions. He picked up where he left off last fall, finishing at the final table in a pair of series events.

Holz also final tabled the $100,000 Challenge which concluded on Saturday. He finished in 3rd place ($266,445) out of just 18 participants. The tournament paid the top three.

He quietly has almost $10 million in his career.