It should come as no surprise to anyone that one player at the Aussie Millions Main Event final table made it this far. Fedor Holz, the 23-year old who seems to hit his mark in almost every tournament he enters, came out of his semi-retirement this month and has picked up where he left off last fall. 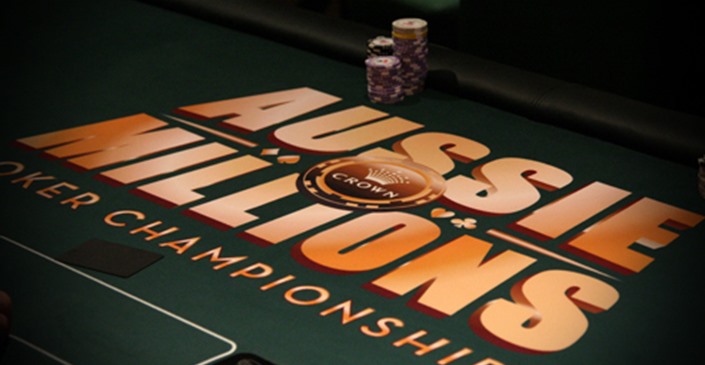 The young German cashed for more than $1 million in three events last summer, including winning the $111,111 buy-in WSOP One Drop High Roller for $4.9 million. Soon after, he decided to go into “retirement,” but decided to show up to play at Crown Casino in Melbourne, Australia this month.

Earlier in the week, he made the final table of the $100,000 Challenge, which takes place on Saturday. Then, he entered the $10,000 Main Event and, after Day Four on Thursday, made it to the final table, with yet another opportunity for a seven-figure score, this time of AUD1.6 million (US$1.2 million).

Holz will have the smallest stack (1,165,000) when play resumes at 12:30 pm local time Down Under on Sunday. Before that takes place, he’s one of seven remaining players in the $100,000 Challenge. Only 18 players entered that tournament. There were 752 entries in the Main Event.

Holz is the biggest name at the final table, but he isn’t the only big-money pro. There are three Australians left, including Jeff Rossiter (3,105,000).

Other homegrown talents at the final table are Luke Roberts (1,305,000) and chip leader Shurane Vijayaram (7,470,000). Neither player has recorded more than a few thousand in lifetime live tournament winnings, so this could be life-changing should either take home first.

Jason Somerville, a PokerStars Team Pro member, has the most-watched Twitch poker channel in the world. He took the show on the road to the Land Down Under and began streaming the Aussie Millions action on Thursday.

As is always the case when Somerville streams live, viewership has been high. Poker Central’s Paul Oresteen shared some impressive stats on Twitter.

Somerville, who is not just a poker commentator, but knows from whence he speaks with $3.619 million in lifetime tournament winnings himself, will be streaming the $100,000 Challenge live on Saturday and the Main Event final table on Sunday.