Matt Kirk, known in the high-stakes poker community as “Aussie Matt,” has filed a lawsuit against King’s Casino owner Leon Tsoukernik for $2 million over an unpaid loan. 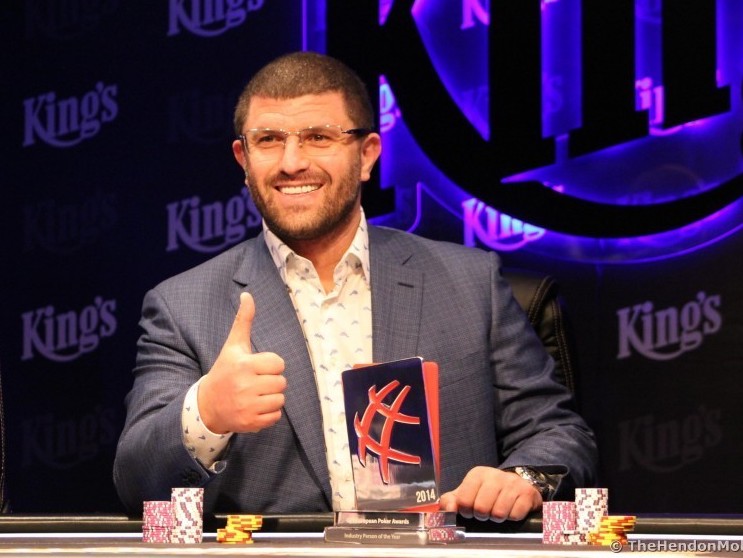 Leon Tsoukernik, owner of King’s Casino in the Czech Republic and winner of the 2014 GPI Industry Person of the Year, is accused of welching on $2 million loaned during a heads-up match at the Aria. (Image: Hendon Mob)

The poker players faced off in a heads-up match at the Aria on May 27. Tsoukernik, the owner of King’s Casino in Rozvadov, Czech Republic, outside of Prague, didn’t have the money on hand so he asked Kirk for four separate loans totaling $3 million. According to Aussie Matt, Tsoukernik agreed to pay that money back following the match.

But now Kirk alleges, in a lawsuit filed in Clark County, Nevada, that Tsourkernik didn’t hold up his end of the bargain. After a week of trying to get his money back, Kirk was able to squeeze $1 million out of his opponent on June 3.

A month after the heads-up match concluded, with Kirk destroying his opponent at the poker table, Tsoukernik is $2 million short on paying back a loan he agreed to pay off immediately, Kirk claims in the lawsuit.

In most states, Nevada included, a handshake serves as a legally binding contract. Enforcing it, however, is the challenge, because there’s not always evidence that such a deal was consummated. In poker contexts, that often leads to borrowed money that is long gone but not forgotten.

Kirk, however, claims to have more evidence to present in court than a pinky swear. The Australian gambler allegedly has text message records of the loan agreement, and video surveillance at Aria proving he loaned Tsoukernik the money.

Tsoukernik, usually an outspoken businessman, has gone uncharacteristically quiet since the lawsuit. During last month’s Aria Super High Roller Bowl, he bashed Justin Bonomo publicly for refusing to show his hole cards while at the television feature table, saying he shouldn’t be allowed to play the tournament again and questioned his integrity.

Kirk also hasn’t made any public statements since filing the lawsuit.

Borrowing money to stay in action isn’t new to the high-stakes poker community. And because ATM’s don’t usually allow withdrawals in the hundreds of thousands, fronting chips a player just won is hardly uncommon. But unfortunately, neither is refusing to pay the loan back.

What is becoming more common, however, it seems, is outing poker-world deadbeats on social media.

Last year, Jason Mercier publicly excoriated Brandon Cantu, claiming Cantu owed him thousands of dollars from a loan many years ago. Shaun Deeb got into it similarly with Eli Elezra, who Deeb claimed owed him more than $50,000 that Elezra refused to pay.

There are countless examples of poker players accusing peers of reneging on a loan. Usually they can only get away with it for so long, as a reputation can last a lifetime. Leon Tsoukernik isn’t the first and won’t be the last person involved in a debt dispute originating at a poker table.

But how he intends to resolve it remains to be seen, kind of like the chips Matt Kirk allegedly slid to him so they both could keep on playing.

This is bad for poker and the Industry. GPI? What you think?