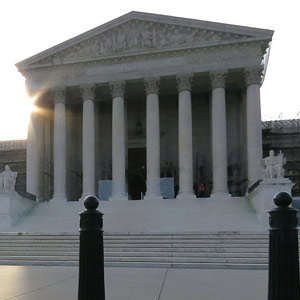 Attorneys General from several American states have signed a petition to ban online gambling in the United States per a request from Las Vegas Sands CEO Sheldon Adelson.

The most recent move from Adelson is a letter sent to state Attorneys General around the country asking for their support to ask Congress for a ban on Internet gaming. An astonishing seven Attorneys General have signed the petition thus far.

The letter was actually sent to “All Attorneys General” on November 26, 2013 regarding “Sign-On Opportunity – Letter to Congressional Judiciary Committee Leadership seeking clarification of the Wire Act to prohibit Internet Gambling.” Adelson recruited three Attorneys General – Chris Koster of Missouri, Jon Bruning of Nebraska, and Alan Wilson of South Carolina – to author the request for fellow AGs to sign an attached letter to US Representatives Bob Goodlatte, Patrick Leahy, John Conyers, and Chuck Grassley of the Judiciary Committee.

The petition focuses on the desire for Congress to clarify that Internet gambling is prohibited under the Wire Act, as the letter states. The Department of Justice Office of Legal Council clarified the Wire Act in 2011 to say that the law only pertains to sports betting, but Adelson and several Attorneys General feel that the Wire Act should be amended “to restore such prohibition pending further analysis by federal and state law enforcement agencies.”

Further analysis, so it seems, would include Adelson’s recently-released draft of a Congressional proposal to ban all Internet gaming in the United States via his Internet Gambling Control Act. This would apply to states as well, as the letter wants the states to “more fully reconsider the public policy ramifications” of the reinforced Wire Act.

The three Attorneys General who authored the letter asks others to join in asking Congress ” to fully review, assess, understand and debate the significant policy implications entailed in the spread of Internet gambling, including concerns related to money laundering; access by minors; fraud; exploitation of individuals with a gambling addiction; and terrorist financing.”

Thus far, in addition to the three Attorneys General who authored the letter on behalf of Adelson, several others have signed on. According to the Poker Players Alliance, those are Tom Horne of Arizona, David Louie of Hawaii, Bill Schuette of Michigan, Tim Fox of Montana, Wayne Stehjem of North Dakota, Marty Jackley of South Dakota, and Peter Michael of Wyoming.

More can sign on by the deadline of January 28, and the PPA says Attorney Generals like Kathleen Kane of Pennsylvania, Peter Kilmartin of Rhode Island, and Bob Ferguson of Washington are all “undecided” on the letter.